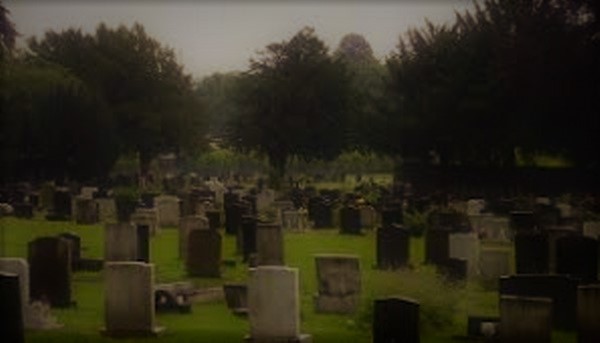 THE usually serene atmosphere at Meki Cemetery in Marondera is disturbed as a red Honda Fit vehicle winds its way between the graves.

It is around midnight and one would wonder what the owner of the vehicle is up to in such a scary place and at such an odd hour.

The driver, Tawanda Boka (not real name), is neither burying a relative nor employed as an undertaker.

“There are no affordable lodges in this town and this is the ideal place for me to have quality time with my girlfriend,” the 19-year-old, who operates a pirate taxi driver, said.

Boka is one of the many youths who are getting inti_mate with their partners at graveyards and cemeteries dotted around Marondera despite cultural taboos associated with such acts.

The land of the dead is a no-go area at night due to a number of superstitions and cultural taboos.

However, a number of men have been capitalising on that to quench their sexual thirst — often in stolen moments of inti_macy — in cemeteries where chances of being caught pants down are almost next to nothing.

A survey conducted by NewsDay Weekender at three cemeteries in the farming town revealed used cond0ms littered on the burial grounds, a sign that se_xual activities are indeed taking place.

The cemeteries are Meki, Paradise and Meki Extension behind Rudhaka Stadium.

During the survey, it was discovered that even those without vehicles have been using the bushes surrounding the cemeteries for their se_xcapades.

“This is everyday life for some of us. I do not believe in taboos. Am I the one who killed those in the graves? The cemetery is ideal for a short-time session. A lot of people come here and I only got to know about this place from my friends who are regulars. It’s not like we use the graves as beds. We are just in the vicinity,” Boka said.

The African tradition forbids having se_x in the graveyards with reports that the perpetrators can attract bad omen for their disrespect.

“These young men are disrespecting the dead, it’s a taboo in our culture and it has to be corrected. Those who do that risk attracting bad omen and misfortunes. They will be haunted by simple things like bad luck. The spirit of the dead hovers around and people should avoid heinous acts at cemeteries,” he said.

Traditionally, a number of people believe that the spirits of the dead move around, mainly at shrines.

A former council official who refused to be named confirmed that cemeteries have become love nests for youths in Marondera.

“It is not a secret that some people have been using cemeteries for se_xual escapades. We have seen cond0ms and even some respectable people in this town were spotted having se_x in their cars at one of the cemeteries. It is waste of time to talk about taboos and cultural consequences of such acts in an urban set up,” said the official.

Cleric Partson Muzhanyu of Shining Glory Ministries said beside calls to respect the dead, people should stay away from adu_ltery.

The current economic conditions have pushed a number of people to the periphery, thereby choosing odd places for their activities as they cannot afford to look for accommodation.

The cemeteries in Marondera provided shelter for the opposition political party activists during the height of political violence in 2008.

But today, Boka and his friends have a “safe haven” for their activities in form of the cemetery where they are assured of safety, even from the police officers.