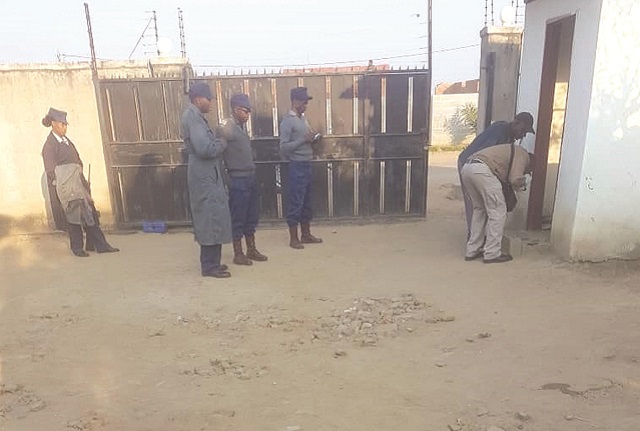 A police officer deployed to guard Zimbabwe Electoral Commission (Zec) member Qhubani Moyo’s house in Bulawayo is battling for life after shooting himself in an alleged suicide attempt on Friday night.

Moyo on Friday night posted on social networking site Facebook saying gunshots had been fired at his house. He said the motive was unknown in the process, sparking speculation as the incident happened hours after the Constitutional Court (ConCourt) upheld President Emmerson Mnangagwa’s victory.

“Sad developments at my house where a member of the police protection unit is lying in a pool of blood after gunshots. Motive unknown!!!” Moyo posted on Facebook.

In an interview yesterday, Moyo said preliminary investigations showed that the police officer attempted to commit suicide by shooting himself, but survived.

“Indications are that he wanted to commit suicide. Investigations are still ongoing,” Moyo said.

He did not want to comment further regarding his earlier post that there were gunshots outside his Selborne Park house.

“I am not at work, may you get in touch with Senior Assistant Commissioner Charity Charamba,” Nyathi said when contacted for comment.

Charamba was still in the dark when the paper sought her comment.

“I need to find out what happened,” she said.

Meanwhile, Moyo said the police officer was battling for life at a local hospital.

According to internal police communication seen by this paper, the police officer (name withheld) “suffered severe injuries after the bullet penetrated through the chin, injuring his upper lip”.

Moyo’s wife Rita is said to have heard the first gunshot at around 20:15 hours and when she enquired from the police officer, he told her he was testing his gun after he got an instruction to be on alert following the ConCourt ruling.