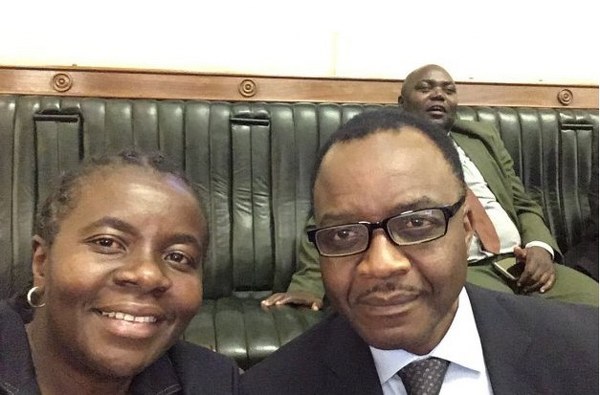 MDC “rebels” who left the 18-year-old party now under Nelson Chamisa’s leadership seem to be warming up to Zanu PF leader President Emmerson Mnangagwa after several of them graced his inauguration where they heaped praises on him while calling for unity of all Zimbabweans.

Khupe is now leading her own political outfit, which broke away from the Chamisa-led camp, following the death of the founding leader Morgan Tsvangirai. She is deputised by Gutu.

Chamisa and Khupe have been embroiled in a fight to take control of the MDC party, leading to a split, amid accusations the Khupe-led camp was being used by Zanu PF to split the vote.

Chamisa, who challenged the presidential results announced by the Zimbabwe Electoral Commission (Zec), did not attend the inauguration.

Cross described the court process as an “expensive and time wasting deviation” for the country.

He said Mnangagwa had made strides in improving the country.

“The new president has already; to some extent set the pace. He arrives at work early in the morning, leaves late, he has put new leadership in all branches of the armed forces, is completely revamping the CIO and the police service, he is re-training the entire police force to restore public faith after years of belligerence and corruption.

“He fired 13 permanent secretaries this past week, many of whom had thought that the description ‘permanent’ meant just that, jobs for life no matter what.

“He has dismissed the prosecutor general because who was not doing his job and has replaced him with someone who I think is an outstanding individual and legal mind,” Cross said.

Chamisa’s other erstwhile partners also seem to be warming up to Mnangagwa, whom they have been fighting for 17 years.

“Congratulations to His (Excellency) @edmnangagwa President of Zimbabwe. This citizen has great expectations of you.

“It’s up to you — ‘a tide in the affairs of men, which, taken at the flood leads on to fortune; omitted, all the voyage of their life is bound in shallows & miseries,” former MDC Harare West MP Jessie Majome, wrote on her Twitter account.