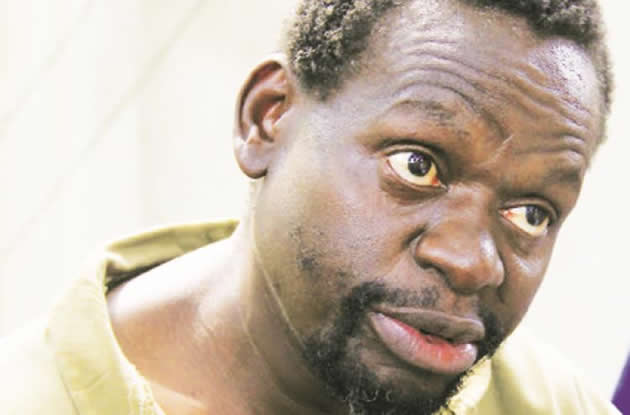 SITTING in solitary confinement at the heart of Chikurubi Maximum Prison, jailed clergyman Robert Gumbura ponders the future of his 21 wives.

He has only served five of his 40-years prison sentence after being convicted of rap_e early 2014.

The 62-year-old Independent End Time Message Church of Zimbabwe founder will only leave the high prison walls as a 98-year-old.

Gumbura seems to have resigned to fate and poured his out when The Sunday Mail Society had a chat with him last week.

The polygamist dropped a bombshell, saying his wives are free to re-marry given that they are still young and have conjugal needs.

“I had hope that I would leave the prison one day but after losing several court appeals, I have to accept that freedom may never come. My life is behind these walls. This is why I have decided to let my wives re-marry instead of waiting for me. I have to spend 35 more years behind bars, that’s too much,” said a distraught Gumbura.

“I don’t suspect them of cheating and have nothing against my wives. But l am imprisoned here, it’s only fair for my wives to move on if they wish to.

“Yes, I am still their husband but there is more to marriage, you have to be intimate as husband and wife. I should be providing for my wives as a husband, so they can’t be holding on to me because I am not there.”

But Gumbura’s wives have vowed that they are not going anywhere.

The women are keeping themselves busy running Gumbura’s businesses which include a farm and a gold mine.

Family spokesperson Queen Bunga, who is the second wife to the jailed preacher, said Gumbura’s church is still operational.

Could it be the money holding the family together?

Bunga says they are loyal to their husband, and are not hanging on to the marriage for the love of riches.

“In tough times, we find strength in each other. We comfort one another and these are the advantages of being in a polygamous marriage,” she said.

“We pledged our love and allegiance to baba (Gumbura). We remain hopeful that one day he will be released.”

Queen Bunga said some Gumbura close family members were pressuring them to re-marry.

“They want us gone but we are loyal and won’t leave. We love our husband wholeheartedly. We will visit him regularly until he is released,” she said.

“Even after his release, our husband can marry more wives. His absence has changed us for the better, we are united as a family.”

Clad in white prison garb, Gumbura, who previously was usually a jovial character, was in low spirits when The Sunday Mail Society interviewed him last week during a tour of prisons conducted with the Highfield Roman Catholic church.

It is said that Gumbura is now so distraught such that sometimes he refuses to leave his cell to meet his visiting family.

It seems like his hope of rejoining his many wives at his Harare mansion has now faded.

Gumbura and eight others are housed in FB1 Hall – known as ‘Borrowdale’ – where the most dangerous criminals are kept in solitary confinement.

Previously, the FB1 Hall has housed notorious criminals such as the late Stephen Chidhumo, Edgar Masendeke and Elias Chauke, as they awaited the hangman’s noose.