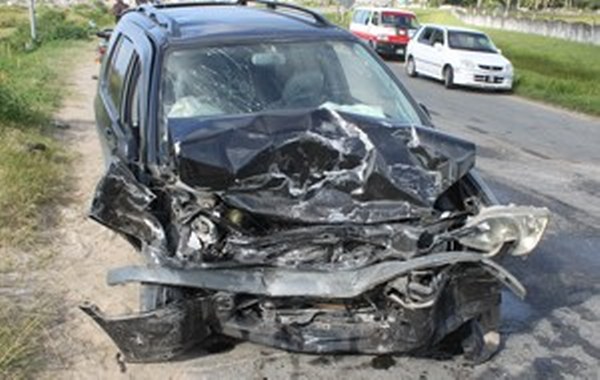 A Mutare man has been charged of destroying his wife’s car in a fit of rage after finding her in the company of her lover at a filling station before they had separated.

Fungai Kufakunesu, 42, of Sakubva, rammed his truck into his wife’s vehicle in fury.

He was convicted on his own guilty plea by magistrate, Sekai Chiundura. He will be sentenced today.

Kufakunesu is being charged with malicious damage to property. It is the State’s case that he saw his then wife Sekai Nyabudzi at Glow Petroleum near the Zimbabwe United Passenger Company offices in Mutare as she refuelled her Toyota Raum.

Nyabudzi was in the company of her partner, Nicodemus Mudambuki.

Kufakunesu approached the lovebirds intending to know why his then wife was having an extramarital relationship.

He then opened the front passenger door nd pulled out Mudambuki intending to assault him. He managed to escape.

Kufakunesu proceeded to grab Nyabudzi’s car keys and drove her car towards his parked truck. He then jumped into his truck and rammed it into his then wife’s Toyota Raum four times, causing extensive damage valued at $866.