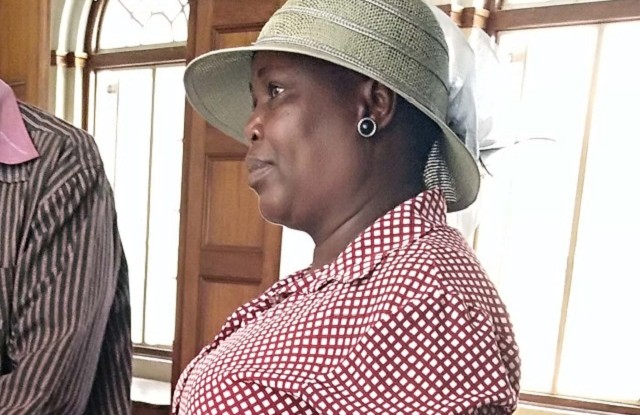 AN “untouchable” and “bragging” woman from Lochard Farm under Chief Jahana in Matabeleland South Province got more than what she had bargained for when she was shamed by her neighbour who revealed her shenanigans that she was allegedly bedding the headman.

Mavis Sibanda was devastated after Liza Tshabalala revealed that she was “untouchable” in their area because she was being poked by the headman.

This follows a nasty argument in which Tshabalala’s daughter was reportedly impre_gnated by Sibanda’s son and the latter reportedly refused to bless the relationship claiming nothing was going to happen to her son since she was “madly” in love with the headman.

So strained is the relationship between the two parties that Tshabalala decided to take the legal route by seeking a peace order against Sibanda.

“I am a widow aged 65 years old staying at Lochard Farm under Chief Jahana. I would like to be protected from Mavis Sibanda who is verbally abusing me. She is always harassing me because she is in love with the headman. I have engaged her relatives and other villagers to assist me but to no avail.

“She also owes me some money ($40) which she took three years ago and whenever I confront her she insults me.

“All the allegations she has levelled against are not true. It is also not true that I am in love with the headman. Infact she is the one who is harassing me while accusing me of being a rumour monger,” responded Sibanda.

The presiding magistrate Tinashe Tashaya granted an interim order in which he ordered both parties not to verbally abuse each other before postponing the matter to 14 September.

Gogo pulls a shocker as gunmen storm her house: I was not going to...

News Nelson Bhebhe - 30 September 2020 0
GOGO bought her washing machine three years ago. And she used it to do her washing every Thursday. But this time gogo found herself using the...

News Muza Mpofu - 30 September 2020 0
IN a heart-wrenching case of child abuse, a Chivhu man is being accused of shoving his eight-year-old son into a raging fire as punishment...
Loading...