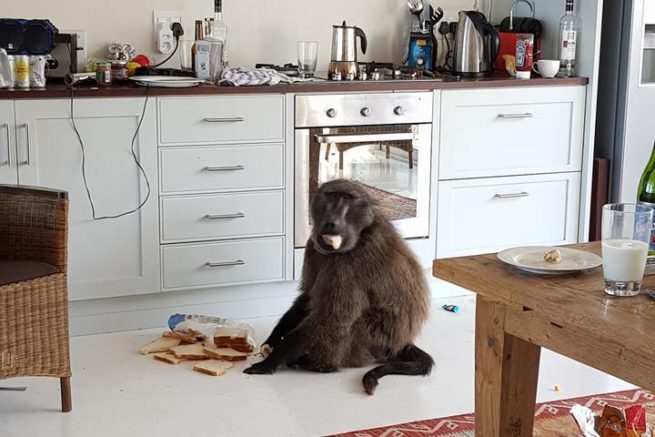 SHOCKING or weird, you decide.

A family in Lobengula Extension in Bulawayo was left scurrying for cover when a baboon invaded their house before it forcibly entered one of the bedrooms, ransacked it and shut itself in.

Shockingly, before it entered the bedroom it took a broom from the maid who had a baby strapped on her back while cleaning the house. It then assaulted her with it on her face when she tried to prevent it from entering the house.

She was saved from further harm when she screamed and a group of men passing by responded.

It is reported that the baboon was first spotted in Kelvin North industrial area before some residents chased it until it reached the house in question.

When B-Metro visited the house, hordes of people were milling around the house trying to catch a glimpse of the animal. The incident also sparked controversy among residents with some suspecting acts of witchcraft.

Officials from the Zimbabwe Parks and Wildlife Management Authority had a torrid time trying to ‘remove’ the baboon from the house and by the time of going to print they had resorted to first tranquilising the animal to prevent it from damaging property.