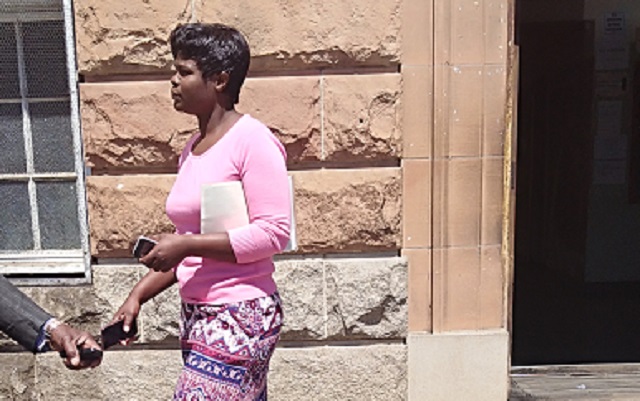 IS it really true that “all the good ones are taken” — or are there more innocent reasons at play?

For Sithandazile Moyo from Nguboyenja suburb in Bulawayo, the answer to that is yes.

Moyo left a court gallery outraged and in disbelief when she boasted of bedding a married man, Nassem Ndlovu’s husband.

The self-confessed “man-stealer”, Moyo who is apparently living everyday like it is her last while dating Ndlovu’s husband, literally said what she wants from a married man was his family jewels and nothing else.

Responding to Ndlovu’s suit for a peace order at the Bulawayo Civil Court she elaborated on her philandering experiences and why she had decided on a romance with a married man.

This was after Ndlovu complained about Moyo’s bad behaviour saying she was in the habit of coming to her place demanding to sleep with her husband in their matrimonial bedroom.

“Sithandazile Moyo is giving me a hard time. I have been in pain and suffering because of her abuse since April this year when I was pregnant. She comes to my house at any time to scold, shout at me and sometimes she sends threatening messages over the phone.

“When she comes to my place, she forcibly enters my matrimonial bedroom, throwing away my clothes while demanding to sleep there. She once came to my house and struck me on the head with an empty whisky bottle and I reported the matter to the police but surprisingly she was not arrested.

“She is a danger to my life and at one time she wanted to scald me with hot porridge,” said a fuming and heartbroken Ndlovu.

She pleaded with Moyo to leave her husband saying she was after ruining her marriage.

In response Moyo pulled a shocker when she boasted that she had managed to deprive Ndlovu of her husband.

“I am not against her application for a peace order because I got what I wanted,” said Moyo while responding to Ndlovu’s complaints that she was harassing her over her husband.

And the presiding magistrate Nyaradzo Ringisai asked: “What is that you wanted that you finally got?

“Indoda yakhe (her husband). I’m happy that he is now mine,” she responded unashamedly much to the chagrin of people from the gallery.

In her judgment the magistrate ordered Moyo to keep peace with Ndlovu by not insulting or threatening her in any way.