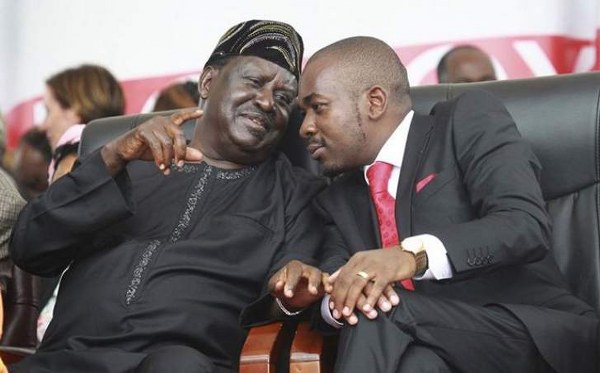 THE Zanu-PF Youth League has warned MDC Alliance leader Mr Nelson Chamisa not to go ahead with his plans for a “swearing-in ceremony” at Zimbabwe Grounds in Highfield, Harare, on Saturday.

The MDC Alliance leader, who narrowly lost to President Mnangagwa in the July 30 harmonised elections, intends to be “inaugurated” the same way Kenya’s opposition leader Mr Raila Odinga was in January after controversially losing the Presidential election in his country last year.

Addressing a press conference yesterday, the ruling party’s Deputy Secretary for Youth Affairs Cde Lewis Matutu said the Kenya situation could not be replicated in Zimbabwe.

“We are deeply disturbed by Mr Chamisa’s plans to hold a pseudo inauguration on Saturday,” he said.

“We know it is not all MDC Alliance members who support his actions. He wants to disturb the peace in the country and lead innocent young people astray. We, however, urge the youths not to be used. The focus now following the appointment of the Cabinet by His Excellency the President is on development and improving the people’s livelihoods,” said Cde Matutu.

“He (Mr Chamisa) should know that Zimbabwe is not Kenya and that he is not Mr Odinga. We are aware that he is taking advice from Mr Odinga, that advice is not constructive for Zimbabwe.”

The Zanu-PF youth leader said Mr Chamisa was now afraid of losing the leadership of his party to other senior officials who are in Parliament.

Government has warned Mr Chamisa against engaging in actions that disturb national peace.

Mr Chamisa narrowly lost to President Mnangagwa in the July 30 harmonised elections and challenged the results at the Constitutional Court.

The full nine-member Constitutional Court bench unanimously threw out his application for lack of merit and the opposition leader has been portraying himself as the “people’s president” at various fora he has addressed.