Newly appointed Minister of Finance and Economic Development Professor Mthuli has come under fire and attracted ridicule after he started a crowdfunding campaign to raise money to fight the cholera outbreak which has claimed at least 25 lives so far. Writing on Twitter, Professor Ncube said,

Together with my colleagues at Min of Health, we have set up an auditable emergency crowdfund to further efforts to fight cholera to date. Together we can win! Min Of Finance Cholera Crowd Fund:
EcoCash Biller Code 140286; CBZ Treasury, ACC 21537300017, Selous REF: FIGHT CHOLERA

However, the appeal did not go down well with some who felt shortchanged by a government which they accused of having misplaced priorities. People highlighted that the government managed to buy vehicles for traditional chiefs as well as for war veterans yet it is now failing to find money to fight cholera and save lives. Other people also pointed out that the government should not be calling for crowdfunding campaigns when it actually collects taxes from the citizens.

Here are some of the responses to the Minister’s call for donations, 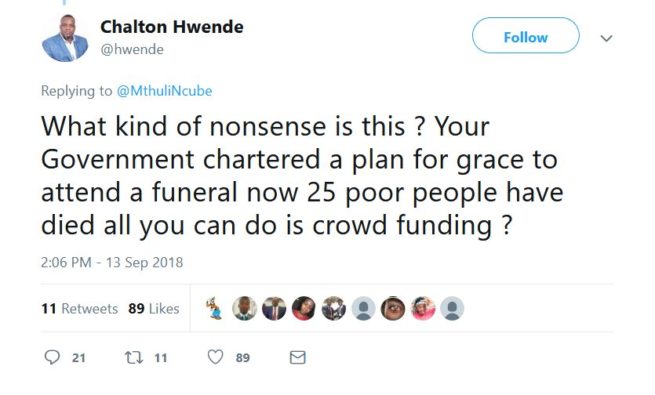 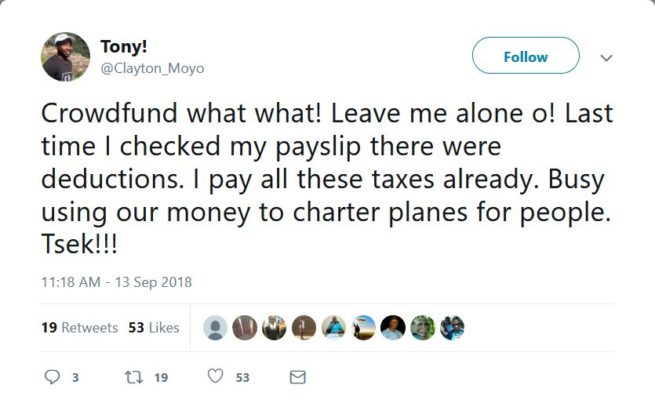 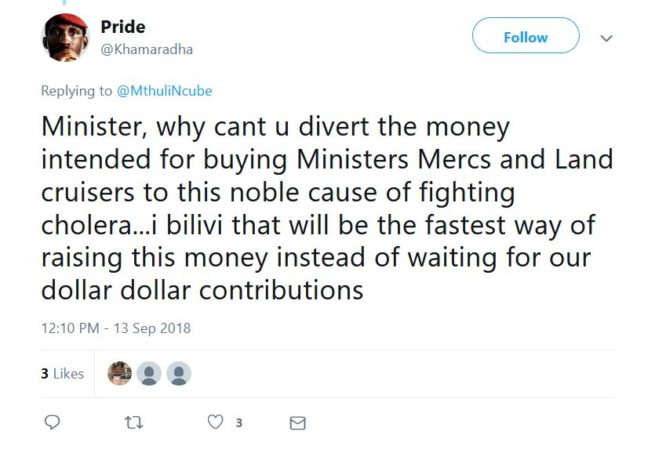