MP for Nyanga South, and past minister of ICT and Cyber security, Hon Supa Mandiwanzira has scoffed at online reports alleging that he is on the run and skipped the country, fearing prosecution.

Some social media posts have gone on to allege that the minister has been apprehended at the Zambian border post while tying to flee the long arm of the law.

Speaking to TechnoMag during a telephone conversation, Mandiwanzira said that he also learning on social media that he has been arrested. 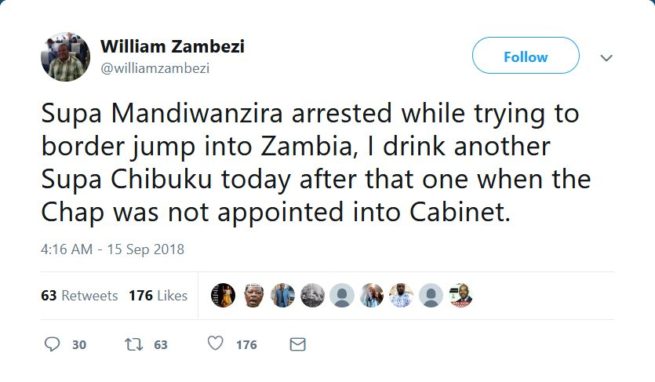 “Im actually in Zimbabwe and flying out of the country late this this afternoon, i will be back in good time for the official opening of parliament by HE the president” said Supa.

The minister could however not be drawn to details of where he was flying out to, but had indicated that he is willfully making a personal visit out of the country and will be back soon.