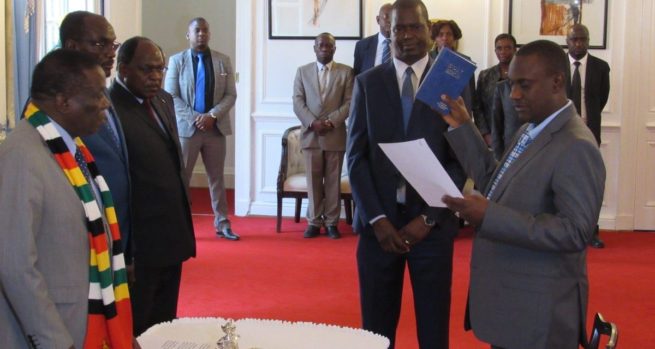 Cde Ncube took his oath of office before President Mnangagwa at State House this afternoon.

Ncube is the former Minister of State for Midlands Province and the current member of parliament (MP) for Gokwe-Kana. Ncube who is a long time ally of President Emmerson Mnangagwa will now take charge of the Central Intelligence Organisation (CIO).

Say what? Please say this is not true. Please. For the sake of Zimbabwe. Please!