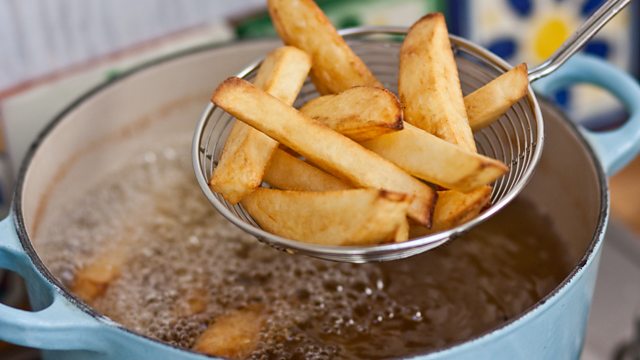 A POPULAR Bulawayo DJ and car salesman sustained injuries on his belly and hands after his landlady allegedly poured hot cooking oil on him following a hot chips row, police confirmed yesterday.

Mr Mpofu yesterday told Chronicle that he was frying hot chips on Saturday when Mrs Sibanda attacked him.

“I was frying potato chips but unfortunately l went to do something in my bedroom and the chips over burnt. She (Sibanda) panicked when she saw the smoke and advanced into my bedroom holding the pan of oil. She poured it on me shouting that l had plotted to destroy the house and l was wasting electricity,’’ he said.

Mr Mpofu said he was rushed to United Bulawayo Hospitals where he was treated and discharged.

He has a swathe of bandages around his arms and torso.

Mr Mpofu said he wants police to arrest Mrs Sibanda. “She has no right to burn me even though l’m her tenant. The police should make her account for this. She cannot claim that l wanted to burn the house, those are false allegations,’’ he said.

Mr Mpofu said the incident has affected his business because he has not been able to go to work.

“I am a car sales person and a public icon so imagine moving around with such wounds. How will customers and the public react?’’ said Mr Mpofu.

“I was awakened by thick smoke in the house and went on to knock at his door. He appeared to be fast asleep. I did not burn him, he burnt himself,’’ said Mrs Sibanda.

“I confirm a case between Ngqabutho Mpofu and Cecelia Sibanda. The tenant accuses the landlady of burning him with cooking oil,’’ she said.

She said members of the public should desist from using violent and life threatening measures when a dispute arises.

“Being humane calls for people to involve a third party when there is a misunderstanding, rather than using violence,’’ she said.