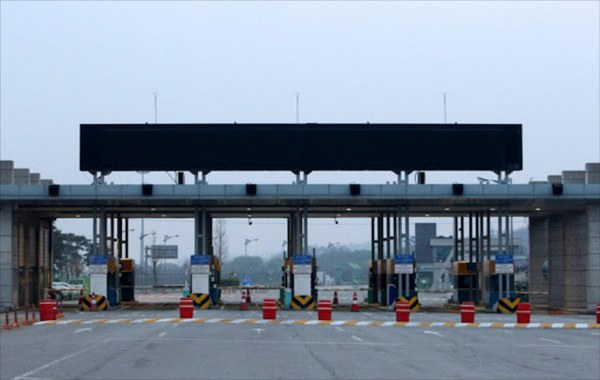 MOTORISTS have expressed dismay over the establishment of the Colleen Bawn tollgate along Bulawayo-Beitbridge Road, saying they were already paying too much at existing tollgates.

The Colleen Bawn tollgate is one of the five. The others are located at Lothian (37km before Masvingo) along Mutare-Masvingo Road, 17.5km from Chivhu along the Chivhu-Nyazura Road, Triangle along Ngundu-Tanganda Road and Mufudzi along Harare-Bindura-Mt Darwin Road.

The 323km Bulawayo-Beitbridge Highway now has three tollgates that are located at Esigodini, Beitbridge and the new one at Colleen Bawn.

Motorists said the establishment of new tollgates came at a wrong time, looking at the economic situation of the country.

“The presence of the old tollgates was straining us already. This establishment only means we have to fork out more money. This is very sad because our economy is still at its lowest and we are expected to pay more,” said a motorist who only identified himself as Mr Moyo.

“Where does Government expect us to get the money from? This is milking us dry. I bet other motorists in areas where four tollgates were erected share the same sentiments with me. This is really unfair.”

Another motorist, Mr Raymond Hadebe, said the tollgates were no longer about improving the roads.

“People are jobless and struggling to make ends meet but Government keeps squeezing them. The operational costs such as fuel prices are very high, tollgates are being increased so how do people survive?” he asked.

Cross-border motorists said they would not mind paying toll-fees if the roads were being developed.

They said the condition of the highway was deplorable and they are still waiting for its dualisation.

“I don’t mind paying these toll fees. I do that in South Africa because the roads are excellent. I would have also enjoyed paying here if the road was dualised, had no potholes and was fenced to keep stray livestock away,” said one cross-border driver.

Other motorists said there was a need to question the Ministry of Transport and Infrastructural Development over the new developments.

“I feel we should be consulted before some of these decisions are made. They (Transport Ministry) need to be questioned as to what people are paying for. I doubt there is any accountability for our hard-earned money,” charged a taxi owner Mr Sindiso Mapaike.

“The amount I’ve to part with over such a short journey is just too much. The money we’ve been paying over the years should be accounted for first before we talk of more tollgates,” said another motorist.

Light vehicles pay $2, while minibuses and buses pay $3 and $4 respectively, with drivers of haulage trucks required to pay $10 to pass through tollgates.

The new tollgates are expected to improve Zinara’s revenue collections, which would see the authority netting an additional $130 million annually from road fees, vehicle licensing, transit fees and the fuel levy.

Since Government introduced tollgates in 2009, about $360 million has been collected.

Earlier this year, the Government revealed that it was still in the process of servicing its $206 million loan sourced from the Development Bank of Southern Africa (DBSA) about seven years ago to rehabilitate the 820-kilometre Plumtree-Bulawayo-Harare-Mutare highway.

Zimbabwe now has 31 tollgates along major highways, situated between 15 to 20km from major cities and towns.