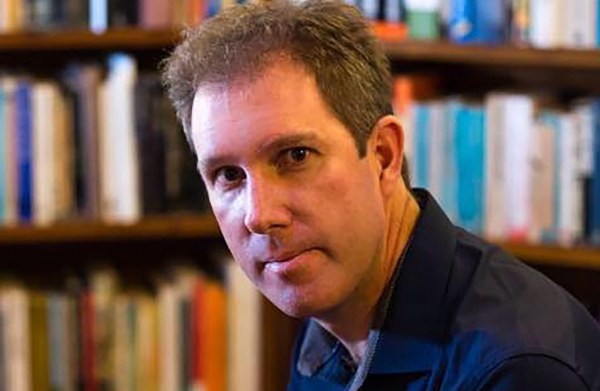 The teacher at St John’s College, a private high school for boys in Harare, stood up at assembly on Friday morning and told students: “I’m gay.”

Neal Novelmeier said he had made the decision to declare his se_xuality in the hope that it would “curb homoph0bic behaviour” at the school located in the plush neighbourhood of Borrowdale.

“I simply feel and believe that as an educator I will be able to better address and advance this issue if I am prepared to be fully open and transparent about it myself,” he said in a letter to parents, seen by ZimLive.

He has been supported by the school’s headmaster, Cavaliere Corrado Trinci, deputy headmaster Andrew Sakala and Charles N. Msipa, the chairman of the school’s board of governors.

The unusual step taken by Novelmeier, thought to be the first school official to do so, will test the attitudes of parents with children at the school to hom0sexuality.

Hom0sexuality is banned in Zimbabwe. Former President Robert Mugabe once said gays were “worse than pigs and dogs”, and new President Emmerson Mnangagwa told CNN in an interview in January that “in our constitution, it is banned and it is my duty to obey my constitution” as he refused to state what his personal opinion was on the matter.

Novelmeier, who teaches the Upper Sixth class, said a number of former students who “gain the confidence after school to pursue their chosen orientation” had told him that during their time at the school they had experienced “intolerance, intimidation and homoph0bia.”

He added: “I felt increasingly troubled by the fact that we as an institution have never openly dealt with trying to curb homoph0bic behaviour and, equally, failed to provide a safe learning environment for students who may identify as being gay or bise_xual to truly flourish and feel accepted.”

Headmaster Trinci said Hovelmeier was a teacher of “impeccable credentials.”

“It suffices for Mr Sakala and I to say that this college campus is a place where diversity is embraced and a safe and caring environmewnt is provided for all persons regardless of race, religious beliefs, gender, se_xual orientation, abilities or disabilities or any other real or perceived ‘difference’,” Trinci said in a letter to the parents.

Hovelmeier said he had received “overwhelming levels of support” from the students and staff after his disclosure”, for which he was “heartened and grateful”.