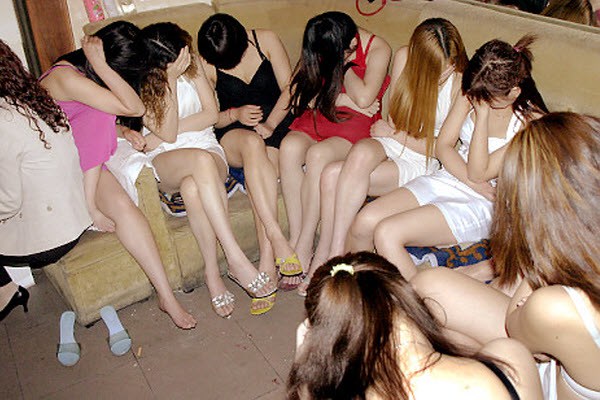 Fifteen Chinese nationals were on Wednesday arrested at a brothel in South C, Nairobi with immigration authorities saying they are believed to have been engaging in pr0stitution.

In a post on its Twitter handle, the Immigration department said they were being processed for deportation.

They were arrested in a joint operation conducted by immigration officers and detectives from the Directorate of Criminal Investigations.

“15 Chinese were arrested by Immigration officers @DCI_Kenya this morning in South C estate BROTHEL, it’s believed they have been engaging in pr0stitution. They are being processed for deportation,” the Immigration Department.

It is the first pr0stitution incident involving Chinese nationals but shows a growing change of stance within government, which has for long allowed them to engage in all manner of activities in the country.

Recently, a Chinese national was deported after a video in which he insulted Kenyans, including President Uhuru Kenyatta, calling them monkeys went viral.

Although pr0stitution is not criminalised in the country, the Penal Code makes it illegal to profit from the pr0stitution of others, and to aid, abet, compel or incite pr0stitution. This includes operating brothels.

Last year, Nairobi Members of County Assembly passed a motion to ban pr0stitution in the capital though the same is yet to be enacted into law.

A Chinese road contractor He Zhifhang was arraigned in court for allegedly operating an illegal tea processing plant at a construction site without a licence from the Kenya Tea Board.

The government has been cracking down on foreign nationals residing or working in the country without requisite permits and Chinese nationals, including journalists, have not been spared in the exercise.

China has been Kenya’s foremost bilateral partner pumping billions of shillings into infrastructural projects in the country but recently cut funding for the second phase of the Standard Gauge Railway a move said to have ruffled feathers in official circles.

There have been previous reports that Chinese criminal networks, which have been linked to human trafficking, pr0stitution, loan-sharking, gambling, murder and gun smuggling have set up base in the country.

News Tanya Mugabe - 25 January 2021 0
Government has rapped some church and community leaders trying to stop their followers from accepting Covid-19 vaccines and said only professional health personnel should...
Loading...