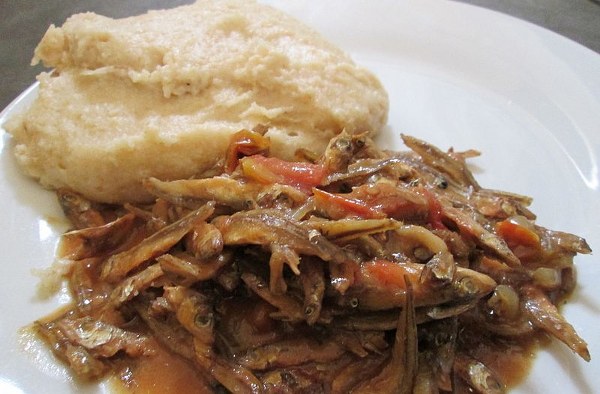 A senior cop attached to Zimbabwe Republic Police (ZRP) Morris Depot allegedly bashed his wife for allegedly serving him sadza with kapenta (matemba) hours after she had served herself meat with the children in his absence, a Harare court heard yesterday.

He was released on $50 bail and ordered not to interfere with his wife and other witnesses until the case is finalised.

The complainant is Tarisai Nyahada, 33, of ZRP Tomlinson Depot in Harare.

Prosecutor Devoted Nyagano, who appeared together Talkmore Muganhiri, alleged that on September 15 around 11pm, Nyahada arrived home and was offered sadza with matemba by his wife.

The court heard that upon having sight of the food, he flew into a rage, scolding his wife. He allegedly fumed that the wife was in the propensity to feast on sadza and meat during his absence.

It was alleged that Nyahada then reached for a knife and cut an electric cable, which he allegedly wanted to use to attack his wife.

He, however, dropped the knife and cable and began assaulting his wife with open hands on the face.

The wife reportedly managed to escape from the house to avoid further beatings and reported the matter to the police.

Her husband was subsequently arrested.

“He came home late that day and I served him his supper but a misunderstanding ensued after he accused me of depriving him meat and giving him matemba. He then took a knife from the kitchen and cut the electric stove cable switching off power for the whole block,” she said in her statement.

“I then ran to raise the electricity switch and he began shouting at me asking if I was an electrician. He assaulted me twice on the face and I ran outside.

“I later got into the house the following morning around 2am and slipped into my children’s bedroom and he followed and assaulted me in their presence.”

She further claims that her hubby had assaulted her on several other occasions.