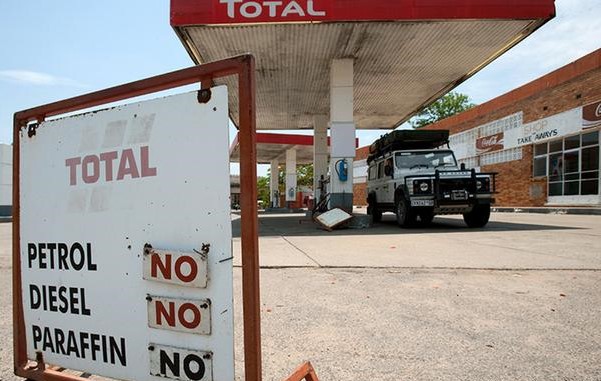 Motorists in Zimbabwe queued for hours yesterday to try to buy petrol as filling stations ran dry due to a crisis that the government blamed on panic buying.

Several petrol stations visited by the Daily News on Sunday teams around the country had run out of petrol while motorists waited in long queues at the few stations that were still open.

At some service stations, attendants are demanding payment in cash only.

In a statement yesterday, Energy minister Joram Gumbo appealed to motorists to stop hoarding fuel while insisting the situation will be normalised soon.

“Fuel operators received their weekly allocation of forex for fuel on Thursday, September 20, 2018.

“Since then, all fuel operators have been picking their fuel allocation from Msasa and Feruka and distributing it countrywide.

“However, due to logistical challenges, some parts of the country, especially the southern provinces may experience delays in receiving fuel as it is in transit but be assured that by end of this weekend, every part will be adequately supplied,” Gumbo said.

Gloria Magombo, the new secretary for Energy and Power Development ministry, blamed strong demand and logistical challenges for the shortage.

“Consumers should stop panic buying. The country has enough fuel,” she told the Daily News on Sunday yesterday.

“In fact, fuel is part of the Reserve Bank of Zimbabwe (RBZ)’s forex priority list. There has been an increased demand for fuel lately.”

The nation needs to buy almost everything from abroad including basic food items and fuel.

The shortages have pushed up a litre of petrol to up to $2,50/litre.

This comes as commuter operators in Bulawayo hiked their fares to $1, citing an increase in the operational costs.

Long winding queues were also reported in Gweru on Friday night, with motorists spending hours in queues for fuel.

In Beitbridge, the fuel black market is reportedly thriving, with petrol being sold between $2 and $2,50 per litre, while in Chegutu dealers were selling fuel for $2.
“Times are hard; I spent three hours queuing for petrol at a service station last evening (Friday).

“When I drove into Chegutu on my way to Harare, I was shocked when I saw fuel dealers selling a litre of petrol for $2 compared to the normal $1,39 per litre,” said a motorist who preferred anonymity.

By noon yesterday, there was no fuel in Beitbridge filling stations, with some crossing the border to buy in neighbouring South Africa.

The black market in the border was said to be thriving, selling 2-litre bottles for $4 to $5.