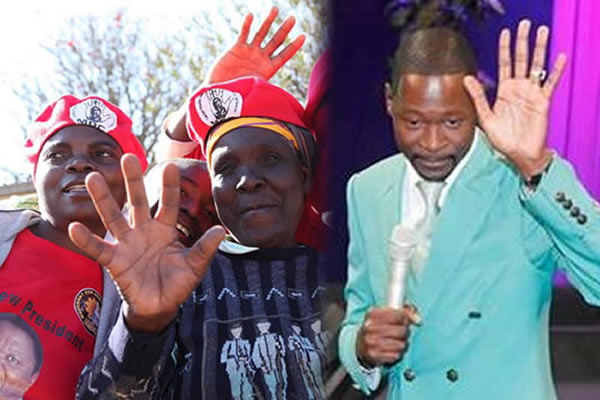 The recent discovery of oil in Zimbabwe, as confirmed by Australian company Invictus Energy Limited on Monday, was prophesied by United Family International Church leader Emmanuel Makandiwa in 2015.

In a story carried by The Herald this week, the firm said its studies confirmed the oil potential in Muzarabani, in the Cabora Bassa Basin, Mashonaland Central Province.

Although he did not name the place in his 2015 prophecy, Makandiwa said the discovery of the oil was going to end Zimbabwe’s economic problems.

Speaking at his church’s oversubscribed Judgment Night 3, attended by an estimated 200 000 people at the National Sports Stadium in August 2015, Makandiwa said: “I saw something happening here (in Zimbabwe) and I’m trying to see how it is going to be understood.

“By this you will know that if you have heard a joke before in the same area, this is not a joke.

“I’m seeing oil coming out of the grounds. Just in case you think I’m guessing, I will tell you the place no one knows about, so you know that in this nation there is a prophet of God.

“I was taken by the Spirit of the Lord and we did a survey. I saw in the Spirit our forefathers spending a lot of money looking for this precious oil that I have mentioned. But I saw them in the Spirit, I saw like a diversion.

‘‘I saw them in a place and I saw oil coming out of that place. I was made to touch the ground and when I was lifted finally from the place, oil was all over my body. And the Lord said, ‘There is much of it in this place. But didn’t I see you there or your sons there?’ But I saw the place.

Invictus Energy Limited said in its statement on Monday that the Cabora Bassa Project encompassed the Muzarabani Prospect, a TCF+ conventional gas-condensate target which is the largest, undrilled seismically defined structure onshore Africa.

The firm said: “The results of our ongoing technical work are extremely encouraging and are enhancing our understanding of the potential of our acreage in the Cabora Bassa Basin. “Our technical work is continuing on this exciting project and we look forward to updating the market on our progress in due course as our work programme delivers results.”