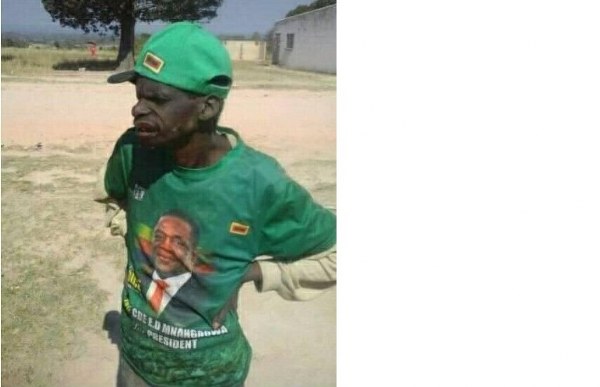 Newly-appointed Minister of State for Masvingo Provincial Affairs, Ezra Chadzamira has advised people to come join the ruling Zanu PF party is they desire to open up economic opportunities for themselves.

Speaking at his welcome ceremony at the Civic Centre on Monday, Chadzamira said it was meaningless to remain outside of the ruling party where economic opportunities are abundant.

“Ndakahwa zvangu vemanewspaper vobudisa vachiti Chadzamira oda kupa vatungamiriri veZanu PF 10 000 hectares, zvine basa rei izvozvo? Ko Chamisa haana kuti kana otonga achapa vanhu veMDC (I heard the media saying Chadzamira wants to give Zanu PF leaders 10 000 hectares of land, where is the problem in that? Chamisa had promised to give his people land in case he won the elections but no one complained),” said Chadzamira, in response to recent media reports that Zanu PF wanted to reward its grassroots leadership with 5-hectare plots each at Tugwi-Mukosi Dam as a thank you for working for the party’s July 30 election victory.

He said it was cold outside Zanu PF and anyone who recognised the leadership of President Mnangagwa, regardless of his/her political affiliation, will be given opportunities to thrive.

He challenged MDC Alliance leader Nelson Chamisa to concede defeat, saying continuing on the path of denial was not going to help.

“Never in the history of this country has a President won the same election twice. President Mnangagwa won through the ballot and won in court as well. So little Chamisa should snap from whatever hangover he has and come join the winning team,” said Chadzamira.

He said it was time to take a new course of action in the province, promising that a lot of things will change.