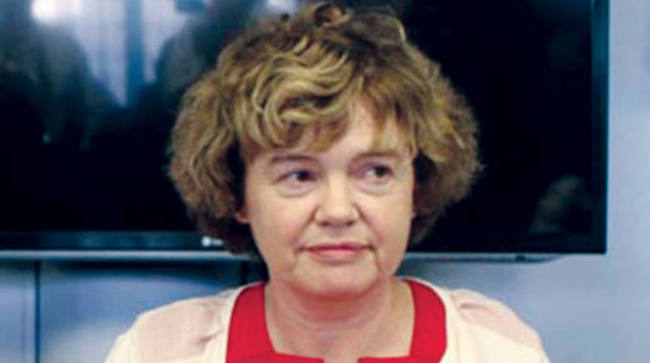 OUTGOING British ambassador to Zimbabwe, Catriona Laing was a card-carrying member of Zanu PF, who had no right to the diplomatic title, opposition MDC Alliance deputy chairperson Tendai Biti has sensationally claimed.

“Catriona Laing has finally left Zim. We wish her luck in Nigeria. As we welcome the new UK [United Kingdom] Ambassador, we trust that the British Embassy will once again be the home of the Magna Carta, the home of reform, fairness & the rule of law, not of tin pots, despots and scarfs,” he said.

In July, Biti’s party issued an angry statement after Laing appeared to have “liked” a tweet from a shadowy character who had argued President Emmerson Mnangagwa’s government was giving too much freedom to Zimbabweans.

“We find Laing’s conduct in the past few years to be continuously excessive, deliberately offensive, extremely biased and retrogressive. She is always offside,” Biti said then.

Asked to clarify his statements yesterday, Biti did not hold back.

“She was partisan, was a card-carrying member of an authoritarian regime. She brought British diplomacy into disrepute.”

Laing arrived in Harare in 2014 and her tour of duty was supposed to end in 2017, but was reportedly extended by a year to “allow her to finish her project”, including handholding the country through the elections held in July this year.

Before taking power on the back of a military intervention last November, Mnangagwa, a former Vice-President and then Finance minister Patrick Chainamasa, were seen by Whitehall as “reformers” within the Zanu PF establishment.

The two were at the forefront of Zimbabwe’s re-engagement process vehemently opposed by former President Robert Mugabe, particularly reforms that included a cull of the civil service under what is known as the Lima Plan structured in Peru in October 2015.

Biti has been leading an opposition international lobby against the plan. Britain was also accused of supporting the military action that toppled Mugabe and after the elections in July won controversially by Mnangagwa, Zimbabwe’s former colonial master has indicated it is ready to support the country’s economic reforms.