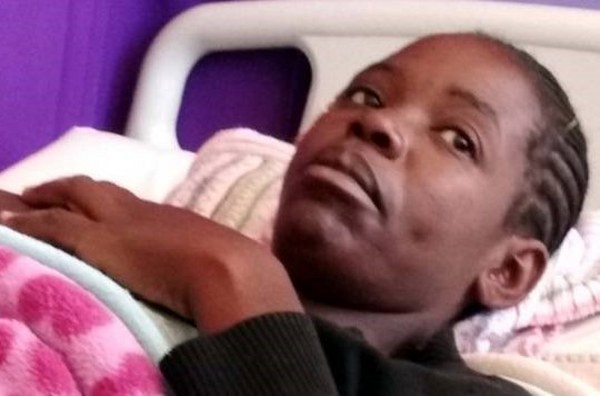 A WOMAN from Bulawayo whose married neighbour was killed when they were allegedly having se_x in the bush has professed undying love for the man from her hospital bed.

A panic-stricken Ms Fadzai Mativenga (33), the girlfriend to the late Jameson Mwembe (39), ran to inform his wife about the attack at around 10PM on Saturday.

With tears streaming down her cheeks, Ms Mativenga yesterday denied having se_x with her late lover in a bushy area between Mabutweni and Njube suburbs where they were attacked by unknown assailants.

“He is my boyfriend and we had been dating for 10 months. We were attacked while in a bushy area between Njube and Mabutweni .We were not having se_x but we were just standing discussing some issues. People assume that when people go out in the night they will be having se_x,’’ she said.

Ms Mativenga said she knew her late lover was a married man but their relationship had grown so strong that they could not separate.

“I knew he was a married man with children but l loved him so much and l enjoyed his company. We usually went out and we never experienced any misfortune. His death struck me and l do not know how to live without him,’’ she said, massaging the left side of her head that was bandaged.

Forcing back tears, Ms Mativenga said already misses her lover and if he had died a natural death, she would have bid him farewell.

She said the attackers also stabbed her on the throat.

“The way he died is mysterious and l am afraid of attending his funeral lest the family may attack me but it was my desire to say good bye. I wish I could talk to his wife and tell her how much I loved her husband. I want her to know I did not plot his death and I don’t know the people who attacked us,’’ Ms Mativenga said.

She said she knew Mwembe’s wife but the woman didn’t know her that’s why it was easy for her to rush to Mrs Mwembe’s house and alert her about the attack.

“She once stayed at a house behind where my sister stayed so l know her in and out. She didn’t know me until the night l went to her house to alert her of Mwembe’s death’’ Ms Mativenga said.

“I am really sorry about the Mwembe family’s sudden loss. It was my desire that he lives long but the death was beyond my control. If only l could save him, that is the first thing l would do’’.

Ms Mativenga said she received a call from Mwembe at around 8PM asking her to meet him.

“We went to a rocky place where we sat. When electricity went out I saw two men putting on black clothes advancing to where we were standing. I tried to alert Mwembe but it was too late because they struck him once on his head with an unknown object and he fell unconscious.

“I tried to flee to the houses southwards but the attackers caught me. They hit me on the left side of my head and l fell to the ground. When l saw that Mwembe was unconscious, I ran to his wife and alerted her. We took him to West Commonage Police where we were advised to go to Mpilo Hospital and upon arrival, he died,’’ she said.

Ms Mativenga said she is unmarried, unemployed and has three children with different fathers.

“I’m afraid of getting out of the hospital as I don’t know what the future holds for me,” she said.