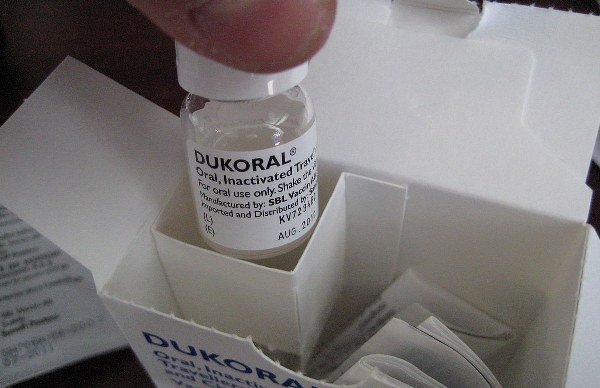 OVER 500 000 Glen View, Budiriro, Glen Norah and Mbare residents will today receive an oral vaccine protecting them from bacteria causing cholera. The vaccine provides protection of between three to five years. The programme, which will run between today and Sunday, will be administered to all residents above one year of age.

A further 900 000 people from eight other suburbs in Harare, two in Chitungwiza and Epworth are also set to receive the vaccine once the second batch is delivered on Sunday.

The vaccines are provided by the World Health Organisation (WHO) under the International Cholera Group (ICG).

In an interview with The Herald yesterday, epidemiology and disease control director in the Ministry of Health and Child Care Dr Portia Manangazira said the residents will also receive second doses of the same vaccine before the end of the year for them to be fully protected from cholera.

“We are expecting a total of 2,8 million doses of the oral cholera vaccine, 500 000 of which are already in the country. A further 900 000 are expected to arrive on Sunday and the remaining will be delivered as the year progresses. The last batch is however, meant for the second dose, which enable our people to be fully protected against cholera for the next three to five years.”

Dr Manangazira said Government was looking forward to administer the second dose before the onset of rains.

She said because clinics were already overwhelmed with the cholera outbreak, vaccinations will be taking place in other places such as churches and community halls.

She said the country’s proposal for typhoid vaccines has since been submitted and approved.

“The country had planned for typhoid vaccine before the cholera outbreak. We then had an outbreak of cholera, which made the oral cholera vaccine an emergency. We are, however, still going to get the typhoid conjugate vaccine,” said Dr Manangazira.

Cholera vaccine consultant with the WHO Dr Marc Poncin said while the cholera vaccine being administered today was not a long term solution to ending cholera in Zimbabwe, it enabled Government to sort the water and sanitation issues during the period residents would be protected.

He said the vaccine can only protect people between three to five years if they receive all the two scheduled doses and from six months to one year with one dose.

“It is very clear that the vaccine is not an answer to the cholera situation on the long term but this gives time to Government to find permanent solution to the challenges of water and sanitation in Harare.

If nothing significant is done with regards to water and sanitation in Harare you can expect another outbreak. It is really buying time in order to do some of the more expensive and more time requiring interventions to improve the situation,” he said.

Dr Poncin said during the three to five years of protection, the vaccine will help to protect people from person to person transmission of cholera.

He said this will also go a long way in curbing further transmission from one suburb to another and to other provinces as was the case with the current cholera outbreak.

“We have heard from statistics that the epidemic in Harare is decreasing this week compared to its early weeks. It might last for some weeks and we do not know it might restart for whatever reason, it is too early to say. However, the rainy season is a big risk factor so if we vaccinate before the rainy season probably we will be able to avoid a second wave of cholera outbreak that could even be larger than the first outbreak. We have seen that in other outbreaks,” he said.

Dr Poncin said it was anticipated that once 80 percent of the population in cholera hotspots are vaccinated the remaining 20 percent would automatically be protected.

Cholera has so far killed 49 people mainly in Harare since its outbreak on September 6.
Twenty-two suburbs and six provinces have reported cholera cases.