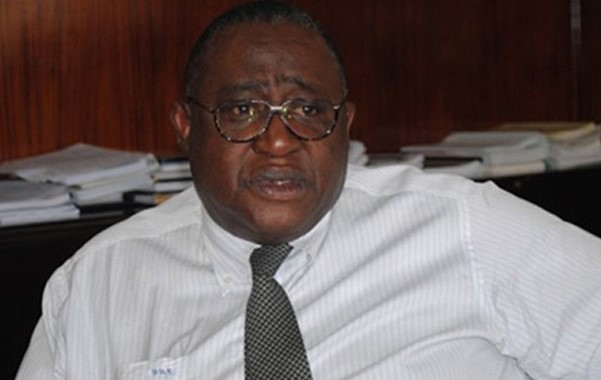 ZETDC is a subsidiary of Zesa.

PME was at the centre of the storm in 2014 over transformers it unprocedurally supplied to Zesa Holdings unit, Zent Enterprises.

Zent lost millions of dollars in insurance and storage fees for more than $16 million worth of transformers received from the Indian firm without placing an order.

Fears were abound that there could have been connivance between officials from PME, Zesa Holdings and its subsidiaries for delivery of equipment not requested.

Police confirmed the arrest of Chifamba, Chinembiri (53) and Dhliwayo (51) for contravening Sections 174 (1) (a) of the Criminal Law (Codification and Reform) Act Chapter 9:23.

They are expected to appear in court today.

“The arrest is in connection with the two’s criminal abuse of office in the awarding of a contract involving Zent (Pvt) Ltd and an Indian company called PME for the supply of transformers and other equipment worth $35 million,” said police spokesman Assistant Commissioner Paul Nyathi.

“The equipment was meant for a project in Chiwaridzo (Bindura), Senga (Gweru), Aerodrome (Bindura) and Cowdray Park in Bulawayo.”

Asst Comm Nyathi said the duo was also facing allegations of awarding an advertising contract to Fruitful Communications (Pvt) Ltd without going to tender in 2016 and the subsequent payment of $20 000 to the company by ZETDC.

“Further police investigations into the cases are currently underway,” he said.

Chifamba was arrested later in the day.

“I can confirm that Eng Josh Chifamba has been arrested. He is facing similar charges with Chinembiri and Dhliwayo,” said Asst Comm Nyathi.

The pair is now on trial over the corruption scandal. They are being accused of unlawfully billing $12 000 to ZPC for no actual work done.

It is, however, their defence that they indeed carried out projects for ZPC.

The State alleges that Pambuka and Maziwisa misrepresented that President Mnangagwa authorised them to do public relations work for ZPC and went on to claim payments.

A ZBC bulletins manager, Mr Moses Charedzera, who has since given evidence in the trial told the court that the duo did not broadcast any radio or television project for ZPC.

According to Charedzera, their records indicate that other projects which had nothing to do with ZPC, energy or Zim-Asset, were aired on the days in question.

Former Energy Minister Samuel Undenge who advised ZPC to engage them has since been convicted and sentenced to four years imprisonment over for criminal abuse of office.

He is out on bail pending at the High Court against both conviction and the sentence.

During his trial, ZPC employees absolved the Minister of any wrong doing confirming that Fruitful Communications Pvt Ltd indeed did work for their company.

In their defence, Pambuka and Maziwisa claimed that they were paid for the services they rendered to the power company and did not defraud anyone.