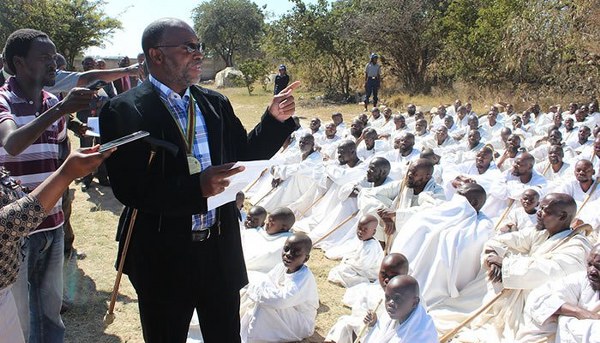 “I hereto allude to the meeting that was held at my office with Bishop Komichi, Rev Manongwa, Pastor Dzvene and three investigation officers namely Masimba, Ndlovu and Jere in the same matter from which we resolve that the three elders of the church should go and collect the information from all their members who paid money towards some residential stands and did not get (them).

Last year November, during the Grace Mugabe’s Super Sunday gathering, Ndanga told thousands of apostolic sect members that it was prophesied in 1934 that Mugabe was going to die in office because he was “imposed” on the locals by God to rule till death.

“Biblically if you read exodus chapter 24 you will understand,” Ndanga thundered in Rufaro Stadium then. Mugabe was removed a week later following military operation which installed Mnangagwa as the country's leader.