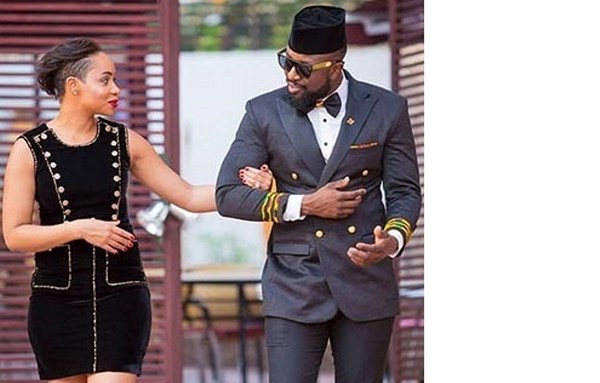 This means Kumordzie, the spouse seeking the divorce, will need to obtain what is called a contested divorce.

He will need to file a petition in the family court to obtain the contested divorce. The judge is yet to set a hearing.

Kumordzie’s petition cites irreconcilable differences and loss of affection as grounds for divorce, without giving details. Kumordzie has indicated he was willing to surrender full custody of the couple’s child with the “Queen of Swag”, as well as pay $500 in child support.

Pokello is challenging the divorce summons.

“Be pleased to take notice that the defendant (Pokello) has entered an appearance to defend the above action at 14:30pm on this 28th day of September 2018,” Pokello said, through her lawyers Samukange Hungwe Attorneys.

The Zimbabwean socialite, businesswoman and former Big Brother Africa (BBA) housemate got married to Kurmodzie, a Ghananian tailor and actor best known for representing Ghana in the 2013 Big Brother Africa reality show in May 2014. Though his lawyers, Mahuni Gidiri Law Chambers, Kumordzie told the High Court that the marriage had irretrievably broken down and the couple have been on separation for the past year, residing in different countries.

“Plaintiff (Kumordzie) and defendant (Pokello) were married to each other under the Marriages Act at Harare on September 28, 2015 and the marriage still subsists.

“The plaintiff (Elikem) and defendant (Pokelo) have not stayed together as husband and wife for the past one year since September 2017 and such is regarded by
plaintiff to be incompatible with the continuation of a normal marriage relationship,” Kumordzie said in court papers. “As a result of the above, the plaintiff has lost love and affection to the extent that there are no prospects for reconciliation due to the irretrievable differences between the parties.”

Kumordzie said it was favourable that their two-year-old son continues residing with Pokello.

“There is one child born of the marriage and it is in the best interest of the minor child that custody be awarded to Pokello with Kumordzie allowed access whenever he visits Zimbabwe.”

“Plaintiff avers that he will maintain the minor child by paying $500 per month,” Kumordzie said.

According to the court papers, Kumordzie and Pokello did not acquire any movable property together.

Early this year, Kumordzie has publicly said his marriage to Pokello was a mistake.

He posted a short video of an engagement ring with a big rock with the caption: “I’m definitely not making a mistake on the next one. The right one.”

She responded to the allegations directly but suggested that she did not care what people said.

After rumours of her breakup, Pokello — in a series of cryptic messages on social media — tried her best to project a picture of calmness despite the raging storm in her paradise.