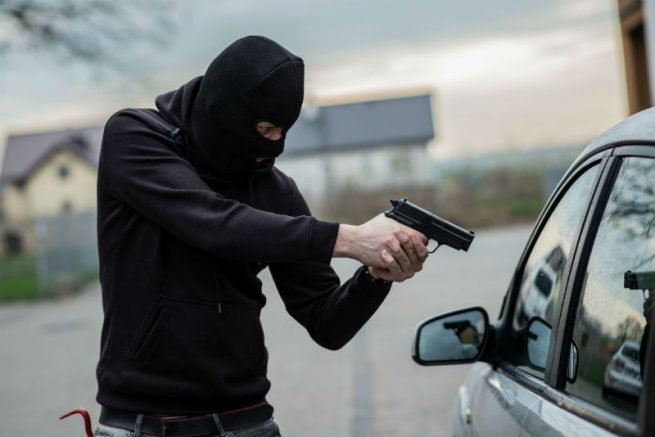 This emerged in a Harare court recently when the suspect was hauled before magistrate Learnmore Mapiye having been on the run since January.

Tatenda Answerlin Tsvuura, 24, was charged with car theft and remanded in custody to October 11 for trial.

His alleged accomplice, one Longman Maridadi, was arrested earlier and is already on remand.

Complainants in the case are , daughter of opposition NPP leader Joice Mujuru and her friend Tamuka Kelvin Keche.

According to prosecutors, Mujuru was driving in the company Keche and later parked her Mercedes Benz vehicle at corner Third Street and Josiah Chinamano Avenue.

Maridadi and Tsvuura had hatched a plan to steal the car and were following the pair all the time until they parked their vehicle.

As soon as Mujuru parked, the accused pounced; they were armed with pistol and threatened to shoot her.

The suspects then took control of the vehicle and drove to Kuwadzana where they topped up fuel worth $70 using Keche’ s credit card.

Still holding the complainants captive, the suspects drove to Lake Chivero where they tied Mujuru and Keche to a tree and left them stranded around midnight.

The complaints later managed to untie themselves and reported the case to the police.

Mujuru’s car was found parked at one Rosemary Svosve’s home and, upon being interviewed, she told the police that Tsvuura and Maridadi left the vehicle there.

Maridadi, who was employed by a South African company Longman Schornberg as a chauffeur, was arrested after the police received a tip off that he was going to take Mujuru’s vehicle from Svosve’s home to South Africa.

A trap was set up and they managed to arrest him.

Court heard that the car was worth $42 000 and that mobile phones worth $442 were also stolen.