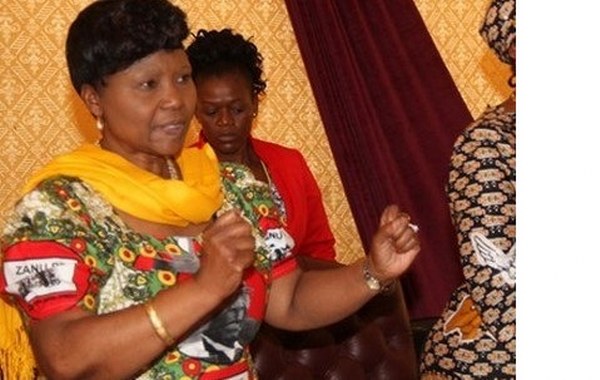 OPPOSITION MDC Alliance legislator Job Sikhala was last week ejected from Parliament in a row with defence minister Oppah Muchinguri over the number of people killed during last year’s coup.

Last Wednesday Sikhala asked Muchinguri to clarify the exact number of those killed during what the military described as Operation Restore Legacy (ORL).

The minister said there were no fatalities and also dismissed the Zengeza West MP’s charge that many Zimbabweans were exiled by the coup.

Sikhala tried in vain to raise a supplementary question but was asked to take his seat.

He then scolded one of Zanu-PF legislators calling him a “baboon”.

Deputy Speaker Tsitsi Gezi ordered him to apologise but Sikhala refused insisting that he had been attacked first and was thus only “applying the principle of compensation”.

The deputy speaker then ordered him to leave the House.

“Hon. Member, you are using unparliamentary language, so may you please go out,” Gezi told Sikhala who tried in vain to negotiate with her as he left the House.

The other MDC legislators followed Sikhala out in protest, leaving the Zanu-PF members to continue with the Question and Answer session.