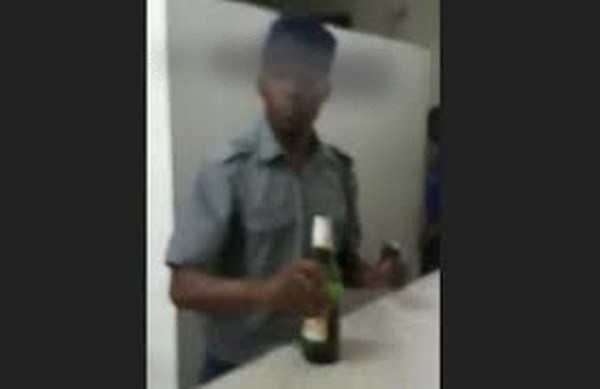 A 23-YEAR-OLD Bulawayo man has been arraigned for grabbing and pulling a police officer’s private parts after the officer reproached him for making noise in a bar.

Chrispen Mutenda (23) of Western Commonage Police Station grabbed and pulled the private parts of Marvellous Sibanda (36), who is a police officer at the station, following a heated argument.

The court heard that the two were drinking beer at Western Commonage canteen and Mutenda was speaking loudly.

This did not go down well with Sibanda who reproached him for his actions.

Mutenda stays with his brother who is also a police officer at the same station, the court heard.

He was convicted on his own plea of guilty to assault by Western Commonage magistrate Mr Lungile Ncube. “I didn’t do it intentionally. It was a mistake. I was drunk and I didn’t even realise what I had done,” said Mutenda.