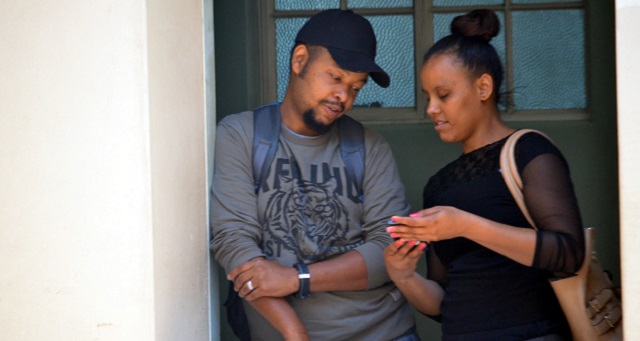 A SEEMINGLY fed up Bulawayo woman employed by one of the local leading companies which supplies building and plumbing materials and was constantly being accused by her husband of allegedly bedding her boss has filed for divorce.

Maria Anne nee Herbst employed by Halsted Brothers and who seemed to have got enough of her husband James Ward’s accusations that she was sleeping with her boss Andre Du Plessis filed for divorce at the Bulawayo High Court under case number 2027/ 18.

“The plaintiff named above (Anne Ward) has instituted proceedings against you (James Ward) claiming an order for a decree of divorce. A statement of the Plaintiff’s claim is set out in the Declaration…and if you wish to oppose any of the plaintiff’s claims you must enter an appearance to defend by making an appropriate entry in the appearance book kept in the office of the Registrar of the High Court of Zimbabwe of Bulawayo within 10 days after service of the summons,” Anne’s summons read in part.

Before his wife decided to take the legal route to annul their marriage, James, who is based in South Africa once approached B-Metro claiming Du Plessis was having an affair with his wife.

James also claimed Maria’s sister allegedly sent him a text message claiming Andre was ‘a better man than him’. Du Plessis, however, denied the accusations saying James was ‘crazy’ for claiming that he was dating his wife.

“I had nothing to do with his wife. I am a respected person in the community and everyone calls me mutungamiri (leader) because I am a good person. I can’t do that (dating someone’s wife),” said Du Plessis.

Cracks in James and Maria’s marriage emerged after the latter approached the courts early this year seeking a protection order against the former claiming he was abusing her.

In her affidavit she claimed: “I am seeking a protection order against my husband who has been physically abusing me. Each time he abused me and I got injured I did not get medical attention fearing that he would be arrested.

“He is also not looking after the family and he abuses alcohol too. I am also now living in fear of losing my job as a result of his threats.”

In his defence James said the abuse was triggered by Maria’s late night message conversations with her boss.

He said the late night message conversations with her boss were actually a talking point when it comes to the problems bedevilling their marriage.

“I haven’t been around for sometime and when I came back I discovered that my wife was in the habit of communicating with her boss until late at night. When I took her phone she quickly grabbed it and deleted all the messages which she had been exchanging with her boss.

“After deleting them she quickly apologised while asking me not to confront her boss fearing that might put her job at risk,” responded James.

In that application the court, however, granted an order in favour of Maria in which James was ordered not to physically, emotionally abuse or threaten her or communicate with her colleagues.