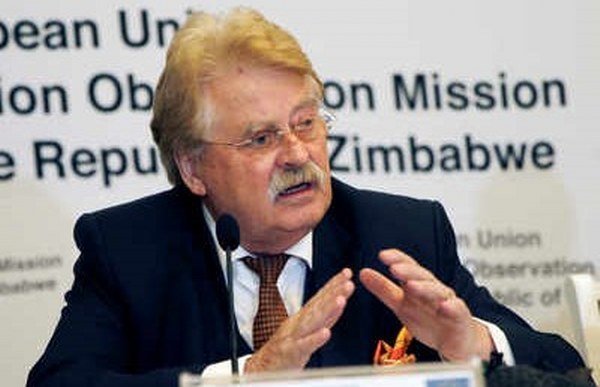 President Emmerson Mnangagwa’s re-engagement efforts will need to rise above mere rhetoric after the European Union (EU) called for substantive changes in the country’s governance system.

The EU EOM said Mnangagwa’s win was overtly supported by an uneven electoral field in which results were neither traceable nor verifiable due to the inability of the Justice Priscilla Chigumba-led Zimbabwe Electoral Commission (Zec) in posting results outside all polling stations.

It added that “the misuse of State resources, instances of coercion and intimidation, partisan behaviour by traditional leaders and overt bias in State media all in favour of the ruling party negatively impacted on the democratic character of the pre-electoral environment.”

Election watchdog, Election Resource Centre (ERC) director Tawanda Chimhini contended that the report reiterated long-standing assertions that our elections require an exhaustive overhaul for them to pass the credibility test.

“The review done on the election by the EU suggests that going forward, it is no longer enough to base re-engagement efforts on mere rhetoric alone. It is no longer enough to just talk without acting. For Zimbabwe to be taken seriously in the community of nations, Zimbabwe has to be prepared to adjust its conduct especially during democratic processes.

Zimbabwe Election Support Network director Rindai Chipfunde-Vava said overall, the EU report is balanced and speaks to some of the same issues that they also observed as a domestic elections-observer group.

Mnangagwa’s office insisted, there was nothing alarming in the report and if anything, it proves that there is no perfect democracy.

“This has absolutely no impact on the presidency. The EU does not question the president’s legitimacy. On the contrary it even suggests that the president won by a higher margin (51,5 percent). The report simply says there are ecological issues that need cleansing going forward. There is no perfect democracy. In the same way as everyone else is improving on their democratic processes, the government is addressing issues so as to ensure that our electoral system and all our practices are in line with our constitution,” permanent secretary in the ministry of Information Nick Mangwana said.

University of Zimbabwe Political Science lecturer Eldred Masunungure said the EU report does not strictly close the door on Zimbabwe’s re-engagement efforts but opens a window for Mnangagwa to reform.

“As long as Zimbabwe shows the willingness to improve on its governance including its elections — which is one small part in the governance equation — Zimbabwe also has to demonstrate human rights and other governance reforms. So, what we do between now and 2023 will be critical in improving EU relations,” Masungure said.

Political analyst Vivid Gwede said it would be a disservice to the people of Zimbabwe to ignore the glaring electoral inadequacies noted from the 2018 elections for economic expedience.

“The report confirms the illegitimacy crisis that the Mnangagwa government has been facing from the moment the election result was declared. This confirmation will inevitably dent Zimbabwe’s re-engagement efforts with the international community given that the United States, which is another key player, has through the IRI/NDI joint observer mission raised similar concerns about the election.”