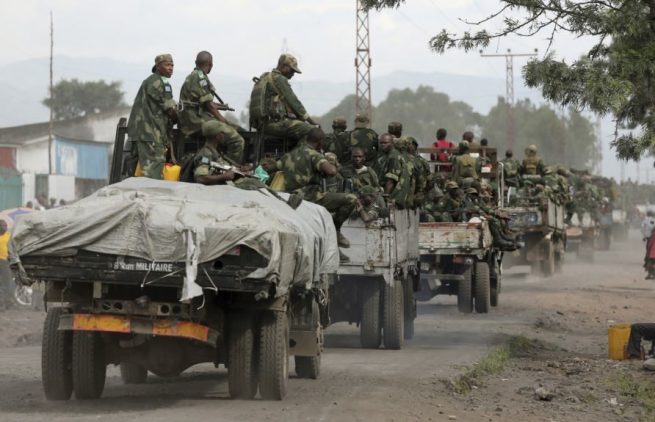 Ex-Zimbabwean soldiers who fought in an expensive civil war in the Democratic Republic of Congo two decades ago have appealed to Defence and War Veterans minister Oppah Muchinguri-Kashiri to help them to get compensation for trauma as well as the gruesome deaths of their colleagues there.

An estimated 11 000 Zimbabwean soldiers were deployed to the DRC and formed the mainstay of support for President Laurent Kabila’s government in his war against rebels backed by Rwanda and Uganda.

The Zimbabwe government has kept its casualty figures in the four-year war a secret, apart from admitting to about 50 in the early weeks of the war.

In August 1998, then president Robert Mugabe despatched over 11 000 troops to rescue the regime of the late Kabila from an offensive led by Rwandan and Ugandan soldiers and militia groups allied to them.

The war claimed several casualties from the specialised commando, parachute, armoured and artillery regiments, and most of them perished between March and May 1999, mostly around the southern towns of Mbuji Mayi and Kabinda, centre of the DRC’s lucrative diamond industry and where a controversial Zimbabwe military-run company ran a large diamond mine.

Details of the gruesome killings emerged briefly in court hearings in 2004, when the dead men’s relatives applied to and won from the court the right to declare them “presumed dead” to enable their affairs — relating to their property, estates and their widows’ and children’s future — to be legally finalised.

The court heard heart rending tales of how some of the soldiers were caught by rebels and dismembered with machetes or explosives, according to a court record of the hearings.

In a letter to Muchinguri-Kashiri dispatched last week, the surviving DRC war vets — who once wrote to Parliament in April — said they hope the new government of President Emmerson Mnangagwa will critically look into their issue.

“On the above stated date (10 April 2018) the document was put forward to you through Parliament to bring attention concerning the above stated grievances which is centred on the compensation of the persons who fought in DRC war, families who were left without fathers who died during war and their decent burials.

“We therefore refer this to you, seeking your response and action to this request,” the aggrieved ex-soldiers said in the missive.

“It is our pleasure and hope that under the new dispensation being led by His Excellence … Mnangagwa, this issue be addressed and resolved with due respect of the leadership of the new government of Zimbabwe.”

Efforts to get a comment from Muchinguri were fruitless as her mobile phone went unanswered.

That DRC deployment came on the back of the crash of the Zimbabwe dollar a year earlier, after Mugabe’s equally ill-advised decision to pay a once-off gratuity of Z$50 000 each to war veterans.

This resulted in the further weakening of the Zimbabwe dollar and the national economy, as the government funnelled millions of dollars towards the war.

A subsequent special United Nations Report, focusing on the war, implicated many generals and Mugabe’s allies in the alleged smuggling of millions of dollars of “blood diamonds”.

Mugabe’s 37 years of uninterrupted rule came to an end on November 21 last year, when he resigned moments after Parliament had started damaging proceedings to impeach him.

This followed a military intervention that was code-named Operation Restore Legacy, which saw the nonagenarian and his then influential wife Grace being placed under house arrest.