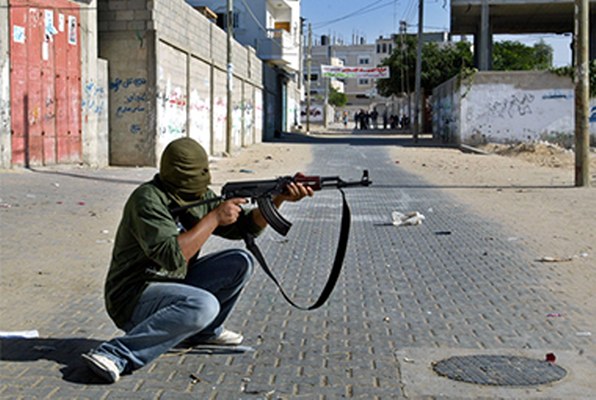 A 26-year-old man who was in police cells at Gwanda Police Station following his arrest for unlawful entry, allegedly stole an AK 47 rifle, two bottles of brandy and speakers before escaping from custody.

During the dramatic escape, Bruce Ndlovu of Lumene Village pointed the rifle at a group of police officers who tried to apprehend him threatening to shoot them.

Ndlovu was not asked to plead when he briefly appeared before Gwanda magistrate, Miss Nomagugu Ncube facing charges of unlawful entry, escaping from police custody, theft and pointing a firearm.

He was remanded in custody to October 26.

Prosecuting, Ms Faith Mutukwa said Ndlovu was arrested on October 11 for unlawful entry into premises of a Gwanda hardware shop.

“On 11 October at around 4am Ndlovu gained entry into the balcony of Oasis hardware shop in Gwanda. He was spotted by a security guard who was on duty leading to his arrest.

“He was then taken to Gwanda Police Station where he was detained. He escaped from the cells and went to a senior officers’ canteen where he stole an AK 47 rifle, two by 750 ml of Viceroy, a 750 ml bottle of Chateau brandy, and a Samsung JI phone Bluetooth speaker,” she said.

Ms Mutukwa said Ndlovu was spotted by a police officer who alerted his workmates.

She said some officers tried to arrest Ndlovu but he pointed the rifle at them threatening to shoot them.

The police officers later made a follow up leading to his arrest and all the stolen property valued at $1 145 was recovered.