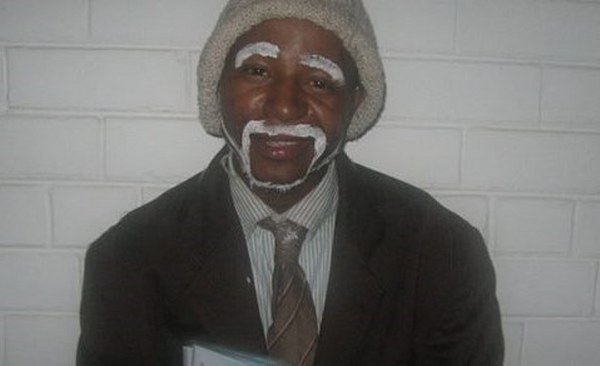 HILARIOUS comedian Jabulani Sigauke a.k.a Sekuru Zvambu, who rose to fame through rib-cracking dramas, was on Wednesday convicted of raping his step daughter and sentenced 20 years behind bars. Sigauke (29) will, however, serve an effective 18 years after the Rusape regional magistrate Mr Livingstone Chipadza suspended two years on condition of good behaviour for the next five years.

Sekuru Zvambu, who was a self-actor from the inception of the trial, pleaded not guilty to three counts of rape arguing that his step daughter was framing him.

He was, however convicted at the conclusion of trial during which witnesses adduced overwhelming evidence linking him to the commission of the punishable offence.

Sigauke’s friends lead by fellow comedian Mabla 10, who attended court in solidarity with their troubled colleagues, have since engaged the services of Rusape lawyer Mr Leonard Chigadza and instructed him to apply for bail pending appeal.

Rusape district prosecutor Ms Event Dhliwayo had told the court that Zvambu, thrice, abused the juvenile in the absence of her mother and the matter only came to light when the complainant spilled the beans to her biological father who had called to inquire on her school performance.

“Sigauke is the complainant’s stepfather and they reside at the same house. On March 25, 2018 during the night, Sigauke woke and went into complainant’s room and proceeded to abuse her. He then threatened the complainant with unknown action if she disclosed the case to anyone.

“On a date to the prosecutor unknown, but during the first week of April 2018 Sigauke had a party at his house and was drinking beer with his friends. At around 2000hrs complainant and her mother retired to bed at her mother’s place since Sigauke was drunk and making noise.

“During the middle of the night Sigauke sneaked into complainant’s room and abused her and again he threatened to deal with her if she disclosed it to anyone.

“On April 10, 2018 the victim’s biological father called her school teacher to hear how she was performing during extra-lessons since he had received a report that complainant was reporting late for lessons.

“Complainant started to sob on the phone and told her father that she had an issue she could not divulge over the phone. The father rushed from Marondera where he stays and complainant disclosed to him how Sigauke had raped her on three different occasions. The father made a police report leading to the arrest of Sigauke,” said Ms Dhliwayo.