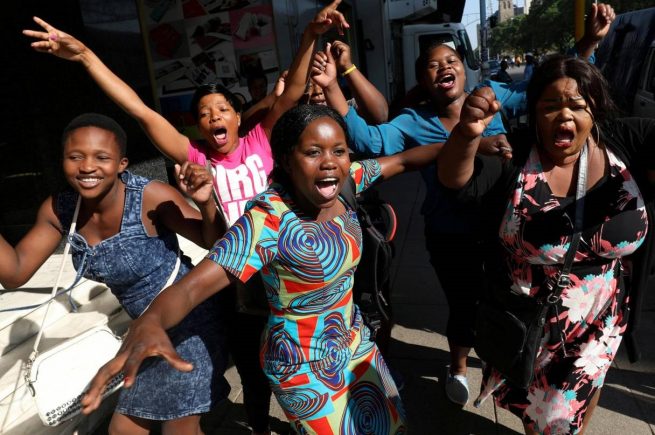 FINANCE and Economic Development Minister, Professor Mthuli Ncube has assured civil servants that they will receive their annual bonuses for this year despite austerity measures aimed at growing the country’s economic in line with the Transitional Stabilisation Programme (TSP)

TSP, which was recently launched by Government, is a sound fiscal adjustment policy aimed at enhancing the country’s economic growth and development.

Speaking on Thursday night on ZTV’s Zimbabwe Today programme which is hosted by Tawanda Gudhlanga, the Minister said the economic challenges are temporary, adding that queues will soon be a thing of the past.

He said the issue of bonuses will be addressed in the forthcoming budget at the end of November.

“ We will look at bonuses and see how best we can reward hard working civil servants but making sure that we are not doing overly so in ways that again show that Government is wasteful. A slew of containment measures and waste control are going to be put in place,” said Prof Ncube.

The Minister said the RBZ was not involved in the forex parallel market as it is part of the solution.

He said the parallel market is often a symptom of the underlying problems in the economy.

The Minister said restrictions in accessing international credit lines have given rise to the parallel market.

He said there is forex in the country but it is bypassing the banking system because individuals and corporates have no confidence in the system as in the past they would put their money there but would not get it.

He assured people that this time around it is different story and people’s savings are safe.

He said Government is “managing well “and queues are temporary and will disappear “in the next five to seven days or so.”

He said artificial shortages are caused by speculative businesses. The Minister said Zimbabweans should be patient as solutions are in sight.

“I urge Zimbabweans to work with us to be patient and we are assuring them that we will get to the Promised Land. I would like the nation not to panic, they should be patient because we have a good programme with a good plan for turning the economy around and let’s work together to fix Zimbabwe and Zimbabwe will be great again. We need to stabilise the economy in the next two years,” said the Minister.

“I sympathise with Zimbabweans for the pain that they are going through but it is a sacrifice that we all have to make including us in Government and we know Zimbabweans are already making sacrifices and we have to meet them half way and go through this pain together.

“I can assure the nation that we are serious about economic reforms and we will be able to move to a better place together.

“The fact that we are not generating enough foreign currency is showing in the fuel queues because we have to allocate fuel, drugs, soya beans and cooking oil, fertiliser because the planting season is looming and we are doing that so that every beat of the economy gets some forex and it is not a lot and we are sharing but we are doing that and using some credit lines to do that.”

The Minister said as part of addressing economic challenges, Government must contain the budget deficit by expanding the revenue base.

He said Zimbabwe is not a very strong forex earner because the industry is not competitive enough. He said the country is also living beyond its means in terms of imports, adding 90 percent of goods in shops are imported.

He said the informal sector does not pay as much tax and using strategies such as the tax on electronic transactions brings it into the fold.