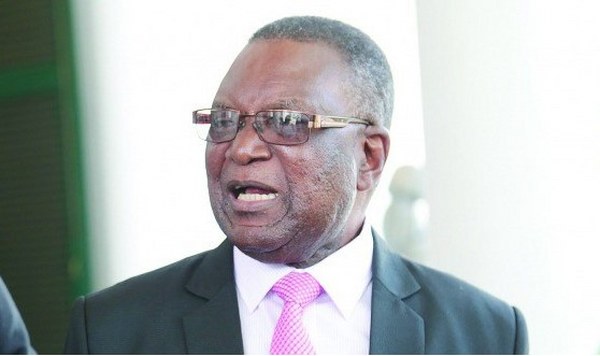 The man at the centre of the jerry can madness is actually worse than revealed by his opinions on fuel containers. While his expressions on jerry cans were reflective of his unfitness to hold public office and his mediocrity, the MDC takes the revelation of his corrupt nature more seriously.

Corruption places a huge premium on the economy, it deprives the state of much needed funds to finance its social agenda, deliver public goods and create a caring state.

The MDC is clear that corrupt individuals must not be allowed to run public affairs. Yet Joram Gumbo and his wife own a company called JMCD which was awarded a lucrative contract to supply clothing material to ZINARA a state owned parastatal established through an Act of Parliament.

When Gumbo’s company was awarded the tender, he was the Minister of Transport and Infrastructure Development which happens to administer ZINARA, a clear conflict of interest.

We have always argued that the tender system in Zimbabwe under the Zanu PF government is designed to perpetuate patronage and an agenda of self-aggrandizement. This is unacceptable.

Gumbo was also at the centre of the Air Zimbabwe/Zimbabwe Airways scandal assisting elites to build a private empire on public funds highlighting his propensity to abuse state resources. He is therefore unfit to hold office and must make way for persons of integrity to occupy the important space.

In any case he is incompetent, his views on how to deal with fuel shortages confirm his short comings.

However, the issue of conflicted individuals and corruption is broader than Gumbo’s scandals, it is a Zanu PF issue, and a part of their political DNA. They are a bunch with no understanding of corporate governance.

In recent times there have been scandals involving the Beitbridge-Chirundu highway tender which apparently involves Gumbo, a fuel scam involving the then deputy Minister of Finance, Terence Mukupe, a snow graders scam and decommissioned Transnet locomotives again with Gumbo at the centre and a multi-million dollar travel services scam involving East Town Holdings an organization fronted by Mary Chiwenga.

It is clear that Gumbo is corrupt, for the people of Zimbabwe who are suffering and for the MDC which intends to cure this country of corruption he is an enemy beyond reconciliation.

We therefore demand that he leaves office forthwith and be subjected to the justice delivery processes, proceeds of undue benefit must be forfeited to the state.

Corruption is however a broad scourge and disease which we deal with through the following suggestions:

1.Introduction of criminal sanctions for all corruption related offenses especially for public officials

2.Provision of and setting up special criminal courts to deal with corruption and economic crimes.

3.The right and mechanism for a direct recall of elected officials by the electorate.

7.Limited Terms of office for all senior public executives including heads of state enterprises and parastatals.

8.Strengthening transparency mechanisms on state procurement including the introduction of public bidding on major public tenders.

9.Increased access to information for citizens including publication of terms and conditions of public and public guaranteed contracts.

10.Strengthened oversight role for parliament in all public enterprise.

11.Strengthened oversight role for the Civic Society and the Media.