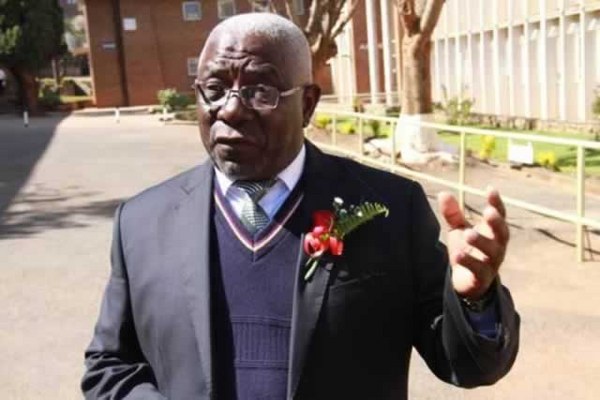 SUSPENDED University of Zimbabwe vice-chancellor Levi Nyagura, who is accused of singlehandedly offering former First Lady Grace Mugabe a PhD without due processes, lost a challenge to stop his trial pending a Constitutional Court (ConCourt) application for a permanent stay of the proceedings.

Before Uriri recused himself, he filed an application challenging the authority of President Emmerson Mnangagwa to appoint a special anti-corruption investigative unit without an Act of Parliament, saying such action is a clear abuse of his duty.

He wanted the case referred to the ConCourt to determine whether the granting of certificates to private lawyers by the National Prosecution Authority did not violate the constitutional right of the accused person’s right to equal protection of law.

Uriri said the ConCourt must also determine whether the granting of such authority undermines the protective scheme or violates the section of the Constitution.

He said the authority was issued contrary to law and it is a wilful violation of the Constitution of Zimbabwe.

However, Museba told the court that the ConCourt has set the hearing for this Friday and asked for postponement of the matter.

The State, represented by Tapiwa Godzi and Michael Chakandida opposed the application, saying they must proceed with the trial.

Ncube concurred with the State, saying the court is now bound by the accused’s Friday ConCourt appearance.

Nyagura allegedly abused his position after showing favour to Grace who did not meet the minimum requirements to study for the degree.

It is alleged Nyagura’s action had the effect of discrediting Zimbabwe’s education system. The move would also negatively affect the international ranking and raise doubt about qualifications from Zimbabwe’s institutions of higher learning the State is arguing.