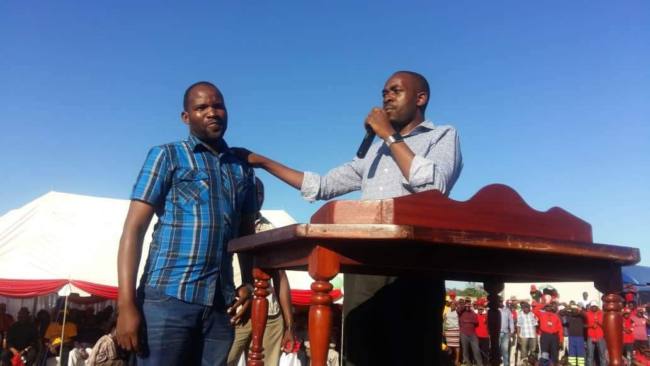 Authorities have laid misconduct charges against a prison officer, who allegedly attended an opposition political party rally before the country’s harmonized elections.

The Zimbabwe Prisons and Correctional Service (ZPCS) has summoned John Mahlabera, who is employed as a prison officer at Chiredzi Prison in Masvingo province, to appear before a disciplinary hearing on Thursday 01 November 2018 after charging him with contravening section 3 (46) of Prisons (Staff) (Disciplinary) Regulations 1984 that is being guilty of any other act, conduct, disorder or neglect of duty to the prejudice of good conduct or discipline as read with section (19) (a-g) of Staff General Regulations 1968.

According to a charge sheet served on Mahlabera, ZPCS authorities alleged that the 36 year-old prison officer unlawfully and intentionally participated in active politics when he attended an MDC Alliance party rally, which was held at Tshovani Stadium in Chiredzi in Masvingo province on 10 June 2018, where he was invited to the podium by MDC-Alliance party leader Nelson Chamisa, who then introduced him to the opposition political party supporters.

ZPCS charged that Mahlabera was promised employment by Chamisa, where he would work as a security detail for the opposition political party leader in the event that he emerged the winner of the harmonised elections that were held on 30 July 2018.

ZPCS said Mahlabera had no right whatsoever to conduct himself in the manner he did.

Mahlabera will also answer to charges of undermining President Emmerson Mnangagwa through posting some political comments on social media.

According to ZPCS, Mahlabera unlawfully made some political comments on his Twitter account after an MDC-Alliance party rally held at Jerera Growth Point in Zaka in Masvingo province which was addressed by Chamisa, where he allegedly posted a message, which reads; “Come to Chiredzi my president”.

ZPCS said by posting such a message on Twitter, Mahlabera contravened section 3(1) of the Prisons (Staff) (Discipline) Regulations 1984 for using traitorous or disloyal words regarding the leader of government and had showed loyalty to Chamisa and disloyalty to President Mnangagwa.

Nine witnesses will testify against Mahlabera during the disciplinary hearing proceedings to be conducted on Thursday 01 November 2018 at Chiredzi Prison, where the prison officer will be represented by Collen Maboke and Blessing Nyamaropa of Zimbabwe Lawyers for Human Rights.