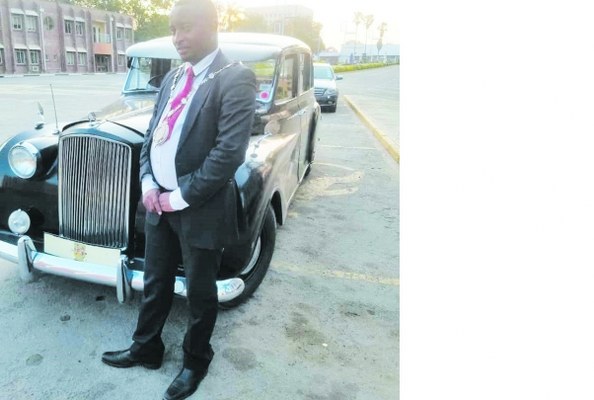 In a reprehensible act of indecency, Masvingo mayor Collen Maboke on Wednesday afternoon posted an explicit video of a nude woman on a WhatsApp group, sparking a serious outcry, with some questioning the moral values of the city father.

Maboke posted the indecent video of a heavily built woman moving back and forth to expose her privates from different angles and positions.

Many professionals and other respectable people in the WhatsApp group, which is operated by TellZim News, called the mayor to order.

The TellZim News group, which is full to the brim, has many respectable people and was formed to advance increased access to information as an agenda; providing for decent discussion on current affairs as well as the sharing of credible news.

The posting of crude or petty jokes, fake news and obscene content is strongly prohibited on the group.

After noticing that people had not received his obscene post well, Maboke then apologised, giving a lame excuse that he wanted to delete the video but ended up forwarding it.

“I am sorry; I wanted to delete the video,” that was all Maboke could say some minutes after posting the indecent video.

Some group participants, however, would have none of the shallow excuse, saying the features of deleting and forwarding a video on smartphone were completely different, therefore, unmistakable.

Other participants even suggested that probably Maboke wanted to forward the video to many groups where such kind of material was acceptable, but ended up including the wrong groups on his ‘forward’ list.

The explicit and highly offensive video became the talk of the town and the outcry extended to other community WhatsApp groups.

When contacted for comment, Maboke said the video was sent in a church group and he forwarded it by mistake.

“I panicked when I realised that I forwarded the message on TellZim News group chat; the video had been sent in a church whatsapp group,” said Maboke.

Some participants urged Maboke to delete the video immediately since WhatApp allows one to do so with seven minutes of posting, but the city father failed to do so.

There were mixed reactions as some participants defended the mayor for posting the nude, while others demanded his and other ‘adulterous’ participants’ exit from the TellZim News.

One Twitter handle read ‘an awkward moment in this WhatsApp group when a whole mayor forwarded an indecent video’.

Maboke’s behaviour has been a hot discussion and his MDC Alliance national leadership does not recognise him as mayor.

The party leadership directed that Maboke must resign and pave way for Ward 5 councillor, Daniel Mberikunashe.

Maboke, however, seems to have defied Nelson Chamisa and his national executive as he is already carrying out his mayoral duties.