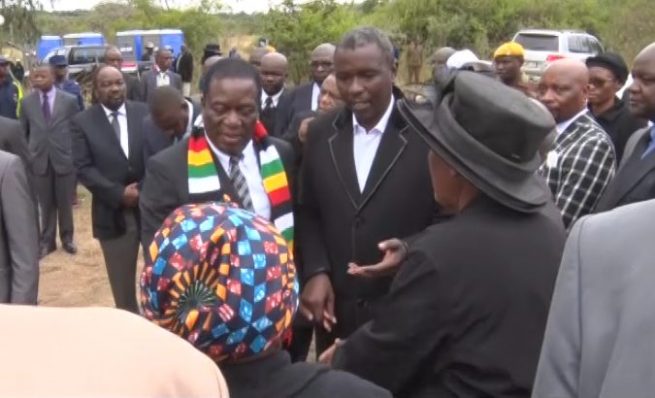 Police and Central Intelligence Organisation operatives on Monday reportedly summoned Sakunda Holdings owner Kuda Tagwirei, a reported close ally of the establishment, for questioning over his alleged dealings in foreign currency on the black market.

NewsDay is reliably informed that the police and intelligence officers wanted to raid the command agriculture benefactor’s home on Sunday, but failed after he left Harare for Wedza aboard a military helicopter with Vice-President Constantino Chiwenga.

Although police spokesperson Paul Nyathi denied knowledge of the development, well-placed sources insisted that Tagwirei was later summoned for questioning on Monday morning.

“I don’t know anything about that,” Nyathi said.

But a source maintained: “He was invited for questioning on Monday morning. He initially resisted, but later complied.”

On Sunday, former Zanu PF youth league member William “Acie Lumumba” Mutumanje claimed the country had been captured by a cartel of business people now corruptly controlling the fuel industry and fuelling the mess on the black market.

The outspoken Mutumanje claimed the country’s economy was now in the hands of a businessman, whom he called “Queen Bee”, who controls the fuel industry and some Reserve Bank of Zimbabwe officials.

Social media was immediately abuzz with speculation that the Queen Bee referred to by Mutumanje was Tagwirei, who has been handed several lucrative government contracts, some very controversial.

Tagwirei is the owner of Sakunda Holdings, which is in a 50:50 partnership with Trafigura, an international company with vast interests in fuel.

Government has launched a blitz on money changers and claimed a lot of businesspeople have been caught in the dragnet since the operation started two weeks ago.