Lobels has increased wholesale bread prices to $2.00 per loaf while the recommended retail price is now $2.20 as of the 27th of October.

Lobels confirmed the increase via telephone.

An industry insider who requested anonymity as he is not authorised to speak to the Press told Kukurigo the price had initially been set at $2.30.

“I have not seen the letter circulating on social media but I am not surprised because there has been discussion around $2.30 as the retail price. We have been absorbing the costs but cannot continue to do so,” he said.

Harare-based economist Chris Chenga told Kukurigo the price increase made it clear the RTGS and Bond Note surrogate currencies are not at par with the USD.

“If you use the government official 1:1 exchange rate then a loaf of bread now costs over R30 in Zimbabwe compared to R13 in South Africa,” he said.

“Government has clearly failed to sustain a 1:1 parity between RTGS dollars and Bond Notes.” 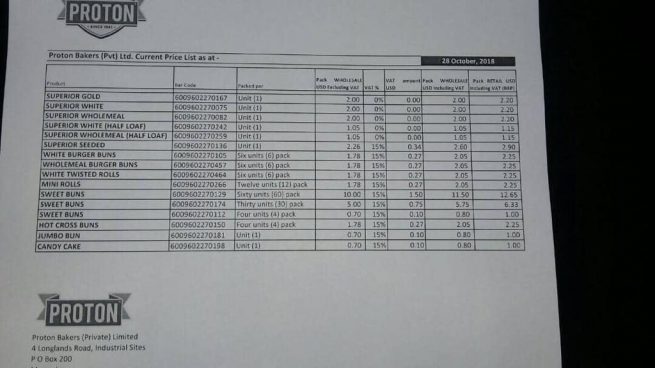