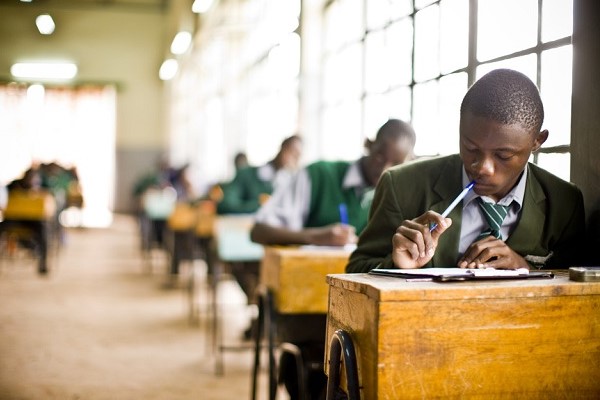 A TEACHER at Camelot High School in Kwekwe has been suspended after he was allegedly caught in possession of a completed Mathematics paper while the examination was still in progress.

The teacher, Mr Ian Mhembere, who teaches Mathematics allegedly wrote a Mathematics Paper One examination on behalf of a private candidate whose name could not be established on 17 October.

Mr Mhembere was reportedly picked up by police for questioning before being released and has not reported for duty since then.

Mr Mhembere was reportedly caught by Zimsec officials who were on routine checks, in possession of a Mathematics Paper One which he had already completed with the name of the candidate in question, while the exam was still in progress.

The school’s Board of Trustees chairperson, Mr George Tobaiwa, said a Zimsec team conducted investigations after they discovered there was a missing paper.

“The Zimsec team who were on routine checks discovered that the papers in the exam room did not tally with the number of candidates. After conducting an investigation, the paper was found in possession of the teacher who had already completed it with the details of the said candidate on the paper,” he said.

Mr Tobaiwa said they were eagerly awaiting the outcome of investigations by both Zimsec and police.

“We are yet to receive any feedback from either police or Zimsec who are handling the matter. We as a board are also trying to get to the bottom of the matter. We are guided by the ministry’s code of conduct regarding examinations and we do not tolerate any behaviour that compromises the image of the school and the general ethical practices,” said Mr Tobaiwa.

He said if found guilty, the teacher would be expelled.

Zimsec public relations officer Ms Nicky Dlamini said investigations were underway but could not be drawn into giving finer details.