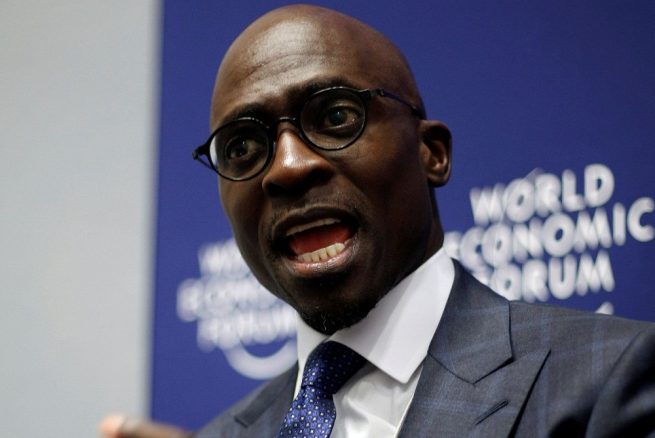 The Minister claims his phone was intercepted and videos meant only for him and his wife are being used to extort him.

My wife and I have learned, with regret and sadness, that a video containing material of a sexual nature, meant for our eyes only, which was stolen when my communication got illegally intercepted/my phone got hacked, in 2016/17, is circulating among certain political figures.

This video has been at the centre of a number of blackmail and extortion attempts, dating back to the period immediately following my appointment as Minister of Finance, on 31 March 2017, all of which I have steadfastly refused to entertain.

These blackmail/extortion attempts as well as the illegal interception of my communication/hacking of my phone have all been reported to the relevant law enforcement/intelligence agencies and I am advised that the resultant investigations are still continuing.

I take this opportunity to publicly apologise, in advance, to the rest of my family – especially my kids, my mom and my in-laws – and the South African public for the pain and embarrassment the likely wider distribution of this private material will cause.

I hope our nation will, someday, constructively engage with the question of whether it is correct to condone and promote the gross invasion of the privacy of others by distributing such material, more especially in the clear absence of a public interest justification.

I have asked Vuyo Mkhize of public affairs consultancy Kapital Mindz to handle all media enquiries relating to this matter on behalf of my family and I. Khabazela has been assisting me, in my personal capacity, with the management of this matter, since around May 2017. 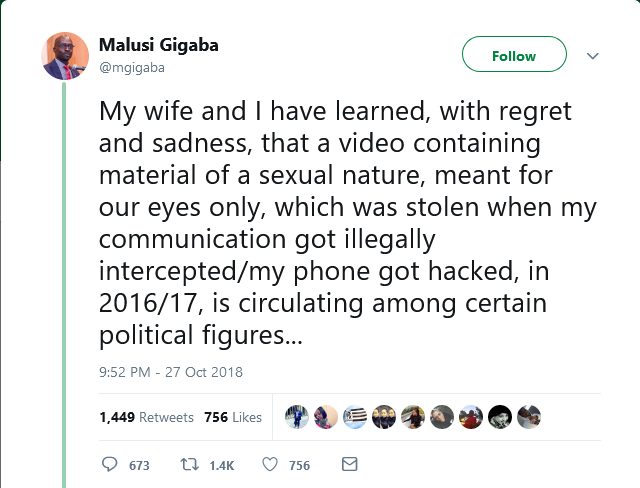