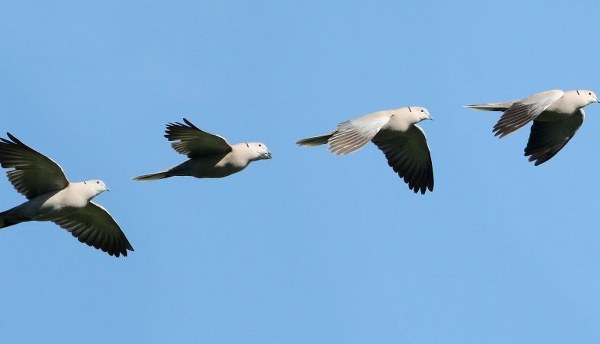 MDC leader Nelson Chamisa charmed his legion of supporters on Saturday when he gave a powerful prayer before delivering his speech at the commemoration of the party’s 19th anniversary.

As he took to the podium, Chamisa first announced that he was doing the unusual — giving a powerful prayer before delivering his speech to the “sea of red” that Gwanzura Stadium had been turned into.

“I am going to say a prayer because only God has taken us this far,” he said before breaking into a touching prayer calling on God to shield him “as I am fighting a blood thirsty rival”.

As he delivered his speech, four doves flew over his head catching his attention and that of his supporters who thronged Gwanzura Stadium.

Meanwhile, MDC supporters nearly ran over each other as they scrambled for branded flags which were being handed for free.

The stampede occurred soon after Chamisa’s arrival to a hero’s welcome with supporters sitting in the main arena jostling to catch a glimpse of the youthful 40-year-old charismatic leader.

After his arrival, Chamisa proceeded to light what the party called the “democracy flame”.

However, as he lit the flame, Chamisa had to rely on his supporters’ feedback to tell him that the flame had successfully been lit owing to the poor vision caused by the sweltering October sun.

Critics immediately took advantage to circulate a video and pictures on social media platforms with most of them speculating that Chamisa had failed to light the flame signifying that the youthful leader did not win the July 30 elections as he alleges.

In the overall, though it was a carnival atmosphere as the supporters were treated to some music by Baba Harare of Military Touch Movement as well as their struggle songs from Paul Madzore. They sang and danced along to songs which proved to be popular among the crowd.

However, a sombre mood briefly engulfed the stadium as MDC chairperson Thabitha Khumalo led the stadium into observing a moment of silence to honour departed heroes including the party’s founding father Morgan Tsvangirai, and his wife Susan.

As Khumalo listed the names of the departed MDC heroes including founding deputy president Gibson Jama Sibanda, founding national chairperson Isaac Matongo, among other luminaries, she inexplicably forgot to mention founding national spokesperson Learnmore Jongwe and journalist-cum political activist Itai Dzamara much to the disappointment of the crowd. The crowd roared and began to shout Jongwe and Dzamara’s names to catch the attention of Khumalo.

Khumalo apologised profusely before being forced to recognise Jongwe and Dzamara in the list of fallen heroes much to the supporter’s delight.

“To all of you and our dear comrades who died since 1999 fighting for this struggle may their dear souls rest in peace, my apologies. Which other names have I left out, I can’t list them all,” Khumalo said.

Another highlight was when some youths climbed up the Gwanzura Stadium scoreboard which was behind where Chamisa sat and wrote ED 0 vs Economy 300.

The scoreboard caught Chamisa’s attention as he later made reference to it as he highlighted the economic challenges facing the country.

As he released the doves into the air, he declared: “For Peace in Zimbabwe, for Mnangagwa to be in opposition, for happiness at home, for love and unity in our country, in honour of our war veterans.”