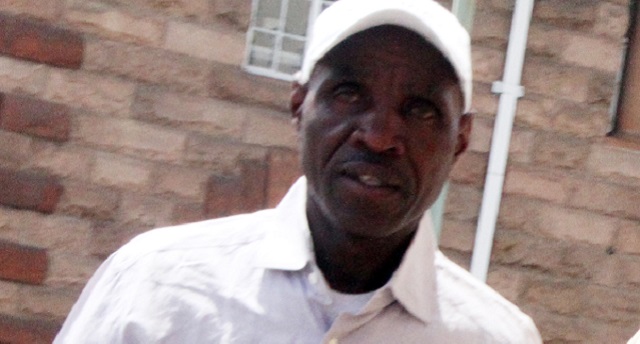 IT SEEMED her dream of getting married one day was coming true when her lobola was paid.
But Nonkayezi Tshuma claimed her husband Mlandulwa Lunga turned into a poking monster, allegedly demanding sex even when she was not feeling well.

She also claimed Lunga had been physically abusing her since they got married. Tshuma, who apparently had enough of Lunga’s physical and sexual abuse then dumped him.

A disgruntled Lunga who however, could not stomach being ditched by his wife over abuse and constant pestering for sex is now demanding that her family should refund him the lobola he paid.

According to evidence led in the Bulawayo Civil Court, Lunga threatened to kill his ex-wife if her parents failed to pay back the lobola.

“Mlandulwa Lunga is my former husband and he is very violent. We had been having marital disputes since 2016. He would beat me up whenever he was drunk. He was also stopping me from seeking employment.

“He was always demanding sex, even when I was not feeling well, for example in June this year when I was hit by a car he pestered me for conjugal rights and would threaten me with assault if I refused.

“I ended up leaving him in August because of his physical and sexual abusive behaviour. As punishment for dumping him he is now threatening to kill me and demanding back the money he paid to my parents as bride price,” complained Tshuma.

In response Lunga said Tshuma was lying and was still his wife.

“She is lying that I am no longer her husband. She just left our matrimonial home in August saying she was seeking employment. I am really shocked at her sentiments that we are no longer husband and wife. I was also in the process of engaging elders so that we resolve our differences,” said Lunga.

“He is no longer my husband. I divorced in the presence of our elders. This was after he insisted that we were still married. I am no longer interested in him and he should move on with his life and should not come to where I am staying now.”

After Tshuma had insisted that their customary marriage was over presiding magistrate Tinashe Tashaya in his ruling ordered Lunga not to stalk, assault, emotionally abuse her and visit her workplace or residence as well as not to communicate with her in any way.