THE “rags-to-riches” trope may be a cliché, but it’s one that’s definitely grounded in reality for Prophetic, Healing and Deliverance (PHD) Ministries founder Walter Magaya. Magaya beat the odds and achieved his own rags-to-riches story.

His rise to success, he claims, is testimony that one doesn’t have to be born with a silver spoon in his or her mouth to achieve great things — although a jump start certainly helps. 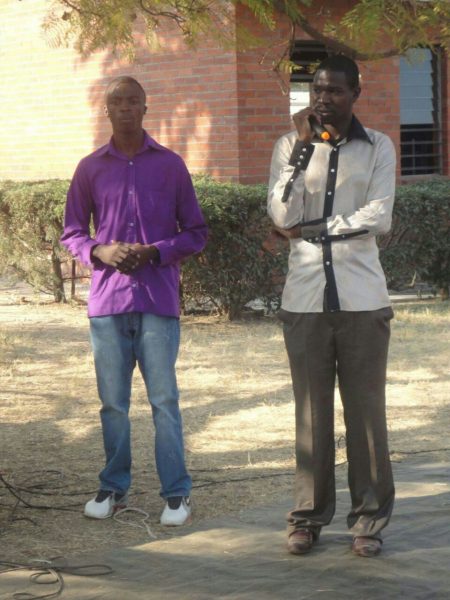 He believes with God, there’s always an appointed time for things, and when you put Him first, trust in His timing and keep the faith, miracles really do happen.

This was at play when foreign and local journalists visited the house where Prophet Magaya started his deliverances in Harare on Saturday last week.

Speaking to journalists PHD senior overseer Admire Mango said the charismatic preacher’s story was that of faith which turned into a massive fortune.

Overseer Mango said all the wonders people were experiencing started when he (Magaya) was at his mother’s cottage at House No.18642 in the dusty streets of the town of Chitungwiza.

What apparently drew the attention of journalists inside the cottage which looks just like an ordinary house before one steps into it was an old wooden bench, wardrobe and double bed which Prophet Magaya shared with his wife.

Before he got married he used to share the small space with his parents with him sleeping in the kitchen.

A sight of the bed and wardrobe which were Prophet Magaya’s most prized possession and now looks like a terribly poor situation is also testimony that not all people reaching the pinnacle of success come from money.

Some of the successful people in the world actually grew up poor, but believing in God supposedly gave them the strength to face their fears and to overcome what was holding them back — Prophet Magaya is apparently one such person.

Overseer Mango said visitors were always requesting to sit or temporarily sleep on the bed following testimonies of instant healing.

He said all sick people who got the chance to sit or sleep on that bed got healed and some being tormented by evil spirits would manifest.

“Partners who visited the home always request to sit or temporarily sleep on the bed following testimonies of instant healing and that all the wonders they are experiencing started when he was in his mother’s cottage,” said Overseer Mango adding that the old property was just but one of several anointed assets that belongs to the preacher.

He said some visiting the house were collecting soil or anything by the house putting their faith in those things and they would later testify great things.

In an interview Prophet Magaya buttressed Overseer Mango’s sentiments saying people gave testimonies of the anointing they received upon sitting on the bed.

He said whenever he visits his old home he makes sure that he sleeps on the “anointed” bed.

“I am still using the bed and whenever I visit the house I sleep on it. I will also not change the old furniture in the house or paint it until such a time when God tells me to do so.

“By looking at the place that God took me from, I’m always humbled and I know it can only be by grace to be where I am today”, said Prophet Magaya.

One of his favourite mottos is ‘never work for money, let money work for you’.

There is no doubt that Prophet Magaya is a true example of how God and faith can get you from poverty to prosperity.

From that humble beginning Prophet Magaya who is also a philanthropist still lives and commands a simple life which seems detached from many calling themselves prophets.

Planet Africa is assisting in projects such as building stadiums, residential houses and stimulating entrepreneurship.

It is also constructing housing units in Harare, Chitungwiza and Bulawayo.

The giant guesthouse which was officially opened on September 2, 2016 was reportedly built in a record four months.

Among other facilities, it boasts of villas, conference rooms and modern well furnished rooms that can accommodate about 2 000 people while villas for VIP guests will take about 100.

It is also an exclusive place for Christians who want to have a one-on-one encounter with the prophet as they seek healing, prophecy and deliverance.

As if that is not enough the charismatic preacher also owns a $17-million marble cutting and polishing factory, the first of its kind in Zimbabwe.

The factory is equipped with state-of-the-art machinery which has the capacity to generate a cumulative US$100 million annually.

Prophet Magaya is also into farming and is the owner of premiership side Yadah Stars.

Magaya rose to prominence in 2012 after his visit to TB Joshua of the Synagogue Church of All Nations (Scoan) who is believed to be his spiritual father.