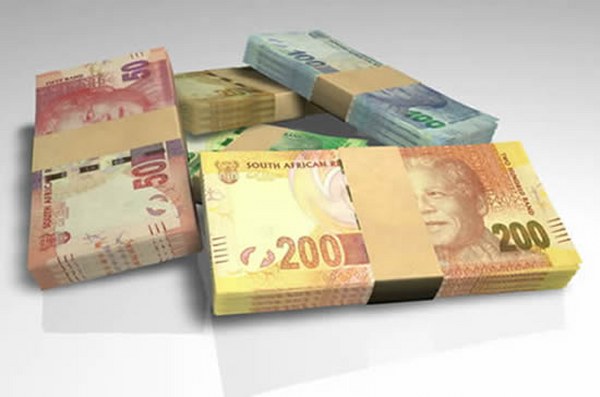 Zimbabwe must drop bond notes and adopt the rand as the major instrument of trade after prices of imported commodities from South Africa shot up by more 1 000 percent between September and October, former Economic Planning and Investment Promotion minister Tapiwa Mashakada has said.

The main cause of price hikes is the deepening shortage of foreign currency, at a time demand, by far, outstrips supply.

Mashakada said this has created a breeding ground for corruption, with importers connected to the corridors of power getting forex at the official rate while other importers have to resort to exorbitant parallel market rates.

“The recent exposure of the parallel market forex trading involving the Reserve Bank goes to show that the ruling party and its government deployees are solely to blame for the current economic hardships Zimbabweans are facing,” Mashakada, who is the MDC secretary for finance and economic affairs, said.

“The economic crisis is self-inflicted. Yet wages and salaries are fixed. An ordinary civil servant earns an average salary of $300 bonds in form of RTGS or virtual money which by the way now attracts 2 cents charge for every dollar,” he said referring to a new tax on money transfers partly blamed on a spike in prices.

“This means that wage earners, the majority of whom are civil servants, are now sinking in poverty.

“From a disposable income point of view, wage earners are trapped in poverty and are on the verge of starvation. Households are resorting to one meal per day. It’s like fiction but this is happening in Zimbabwe.”

Mashakada said this poverty was juxtaposed against a new breed of politically-connected money barons who he said “are known and are involved in money laundering and illicit financial flows.”

“These are not arrested and they import luxury goods including state-of-the-art vehicles under the watch of monetary authorities. This is called state capture by all measures. Therefore, the current economic crisis has been fuelled by corruption and avarice.

“Its roots of course is a confidence and legitimacy crisis caused by the contested harmonised elections of July 31,” the senior MDC official said.

The Constitutional Court confirmed President Emmerson Mnangagwa’s disputed July 30 election victory on August 24, brushing aside an opposition challenge that has left the nation polarised, with Nelson Chamisa, who leads the opposition Movement for Democratic Change (MDC), branding the elections “the theft of the century”.

In a unanimous ruling of the nine judges of the country’s top court, Chief Justice Luke Malaba said Chamisa had “failed to provide direct and substantial evidence to allegations of vote rigging, which would be sufficient for the court to invalidate the election (results).”

Quoting a famous saying by American statesman and a retired four-star general in the United States Army Collin Powell that “Capital is a coward” suggesting it flees from corruption and bad policies, conflict and unpredictability and shuns ignorance, disease and illiteracy, Mashakada said the implosion in Zanu PF was accelerating the economic collapse.

“Economists know very well that capital is a coward.

“The implosion in Zanu PF does not help things. It is now very clear that there is no cohesion within the top echelons of Zanu PF.

“There is a leadership crisis which is eating Zanu PF from inside like a cancer. Its a fierce contestation about controlling the soul of Zanu PF.

“It’s again a factional fight. On the other hand, there is a strong bourgeois class that curries favours from politicians and survives of rent seeking, clientelism, arbitrage and tenderprenuership,” Mashakada said.

He said in order for Zimbabwe to move on again, it must “decommission the bond note and arrest parallel market arbitrage.”

“Adopt the rand as dominant or proxy currency and denominate prices in rands,” Mashakada said, “If the above cannot be done, then government has no choice but to involuntarily introduce local currency..”

He also called for the dissolution of Cabinet and enter into negotiations on a “Political-Economy Accord”.

He said the envisaged Political Economy Accord will address national convergence, political legitimacy, emergency economic recovery measures based on currency reforms, emergency humanitarian intervention and establish a “Transitional Authority” to “vaccinate against an indecisive government that is dysfunctional due to factionalism based on the race to control the key economic pillars.”

“This is quite different from the factionalism under the Mugabe regime which was about political hegemony.

“This time the factionalism under president Mnangagwa is all about economic hegemony.

“Who gets what and who controls what, is the question,” Mashakada said.