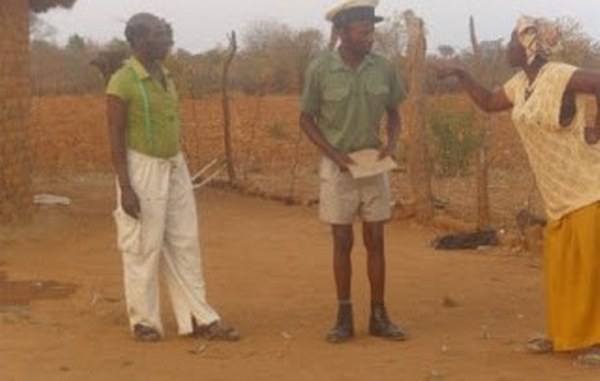 Comedian and actor David Mubaiwa, popularly known as Sabhuku Vharazipi, is mounting a spirited defence in a bid to overturn a High Court judgment that directed him to pay $218 000 to Ziya Cultural Arts Trust.

In his defence, Sabhuku Vharazipi argues that he is entitled to the money generated from the sale of discs and should not be asked to pay anything at all to the litigant. Ziya Cultural Arts Trust, through one of its trustees — David Dzatsunga — had successfully applied to have an order for the reimbursement of the money together with a motor vehicle worth $8 000.

The trio had, however, failed to respond to the application, leading to High Court judge David Mangota issuing a default judgment, which had resulted in another order for the attachment of their property.

But the three successfully managed to have the ruling set aside and have the matter heard on its merits.

According to the trio, they were appointed as trustees of the organisation along with Dzatsunga in July 2013.

The trust went on to produce a drama popularly known as Vharazipi and another one called Voice. At the time, the trio argues that Dzatsunga was never part of the productions. “To the exclusion of David Dzatsunga alleging to represent the plaintiff, Ziya Cultural Arts Trust, he did nothing towards production of the ground-breaking comedy Vharazipi and Voice the film.

“The three defendants were the brains behind the film and are the ones who generated income for the plaintiff that caters for the day to day expenses and production costs,” the trio said.

They further said that Dzatsunga had not contributed anything towards the production of the drama and that when Vharazipi was produced, the Trust was not yet in place, claiming instead, there was Ziya Theatre Club.

“The defendants put the money to good use as they purchased printers, duplicators, generator, ink and incurred transport costs as well as rentals. Almost three years’ experience was encountered by the defendants in trying to sell 48 000 discs. The defendants will prove that they duly accounted for the money.

“Over and above, no legal claim can be placed by David Dzatsunga and such should be dismissed with costs,” the court was told.

The three further denied ever producing 210 000 discs as alleged by Dzatsunga.

“David Dzatsunga was never involved and does not know the number of discs produced.

“The comedy Vharazipi was heavily pirated and only about 2 000 copies were produced by the defendants,” the court heard.

The High Court is still to make a determination based on submissions and the hearing of the matter on merits.