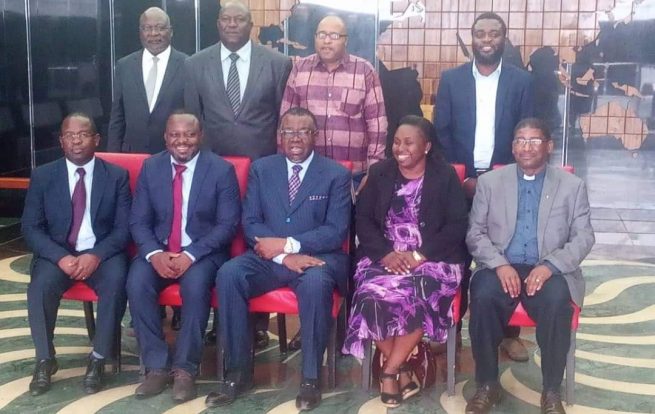 The delegation highlighted the deterioration of the situation in Zimbabwe following the 2018 harmonised elections.

Members of the delegation were drawn from the Crisis in Zimbabwe Coalition (CiZC), National Association of Non-Governmental Organisations (Nango) and Zimbabwe Solidarity Forum (ZSF).

The delegation told Geingob that Zimbabwean society was heavily divided and polarised with a huge trust deficit, characterised by a perpetuation of political polarisation even in post-election period, the delegation said.

“There is an unfolding economic meltdown which has witnessed high levels of inflation, an increase in the domestic debt which has compromised the government’s capacity for the provision of social services.

“If left unresolved this has regional economic, social and security effects,” the delegation warned.

The civil society delegation also bemoaned the increasing involvement of the military in civilian affairs in contradiction to Sadc’s democratic governance standards.

The delegation said: “The state is heavily militarised. Since the November 17, 2017, there has been an unwarranted ubiquitous presence of the military in all spheres of the state, including public spaces and a glaring interference with the day-to-day duties of other entities such as local authorities.

“The events of August 1 in which the military shot seven unarmed civilians in the full glare of both regional and international media is evidence of this.”