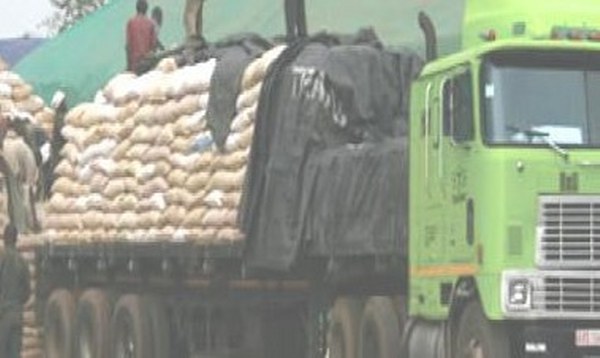 Several Lundi business centre residents and others from elsewhere who recently invaded a broken down truck and looted 600 bags of fertiliser meant for the government’s maligned command agriculture programme are in trouble with the law.

The residents took advantage of the truck, which had developed mechanical faults while travelling along the Masvingo-Beitbridge highway, to make off with its cargo.

As of last week, about 300 bags of the looted fertilisers had been recovered and nearly 35 people had been arrested and dragged to the Mwenezi Magistrates’ Court on charges of theft.

Some of the suspects pleaded guilty, many of them admitting stealing as much as 35 bags of fertiliser each.

It was heard that on October 14 at around 08:00hrs, Kaitano Kateya, the driver of the haulage truck had a tyre burst at the 105km peg along the road.

While Kateya was busy extinguishing the fire that was about to engulf his load, several Lundi residents and motorists stampeded to the scene where they went on a looting spree, stealing all the 600 bags of fertiliser that was in the truck.

When police launched a manhunt following the looting incident, some of the stolen bags of fertiliser were recovered from houses of the suspects while others were found discarded at open spaces.

By the time of writing, more suspects were still coming to court and half of the stolen fertiliser was said to have been recovered while investigations continued.